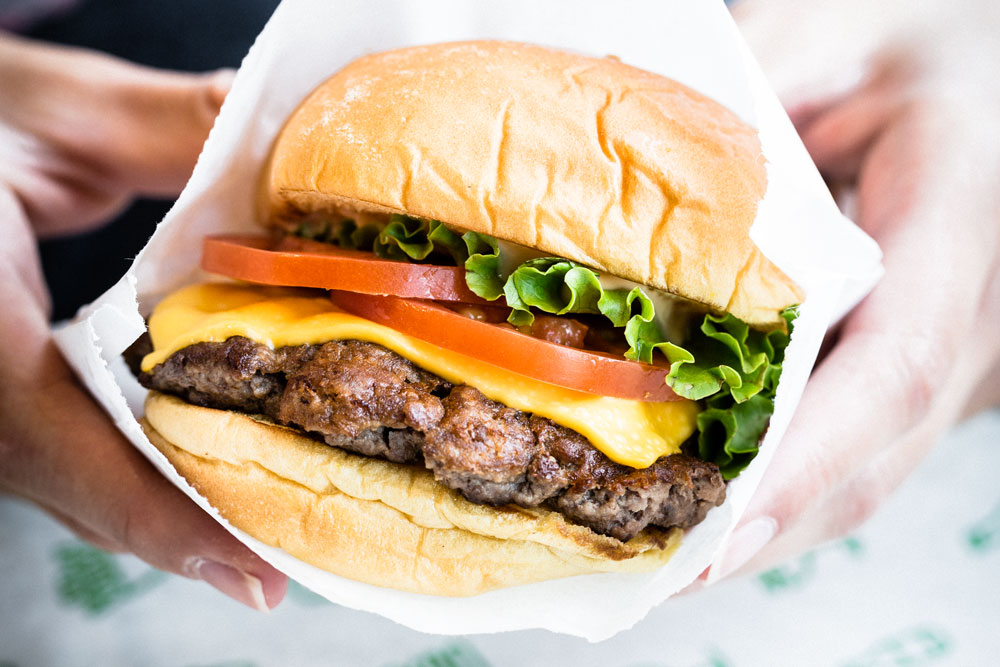 I can’t tell you the excitement I felt when I heard the first rumors that Shake Shack would be coming to San Diego. Though I had only been to Shake Shack once before, I had been craving it ever since.

It was a few years ago when I had been hearing about this New York burger joint countless times from food writers, like it was a part of their culture. I felt like I was missing out. We were visiting New York and had seen Kinky Boots on Broadway. I happened to know that there was a Shake Shack in Times Square, right around the corner (not an accident). It wasn't hard to convince everyone that we needed a second dinner.

Even though I had heard about so many times; I really didn’t know what to expect. It was New York, so I thought it would be expensive (I hadn't looked at the menu ahead of time), but it wasn’t.

The line was out the door, and as someone who is not a fan of waiting in line, I immediately thought "well, is this going to be worth it?" Maybe it was just my excitement, or that I couldn't decide what I would order; but the huge line seemed to move quite quickly.

We ordered and it took a while to find a seat. The food was ready and I was hooked after the first bite. Since we didn't have Shake Shack in San Diego yet, I had to keep telling myself that "we have In N Out and they don't," to make myself feel better.

They day came where we got our very own Shake Shack. The first San Diego location opened in October 2017 at the Westfield UTC shopping center. The "mall" has been undergoing a massive makeover to create an experience you actually want to go to walk around, even if you don’t plan on shopping.

I was invited to check out the new Shack Shack, and here are some photos from our first Shake Shack San Diego experience, which won’t be the last. 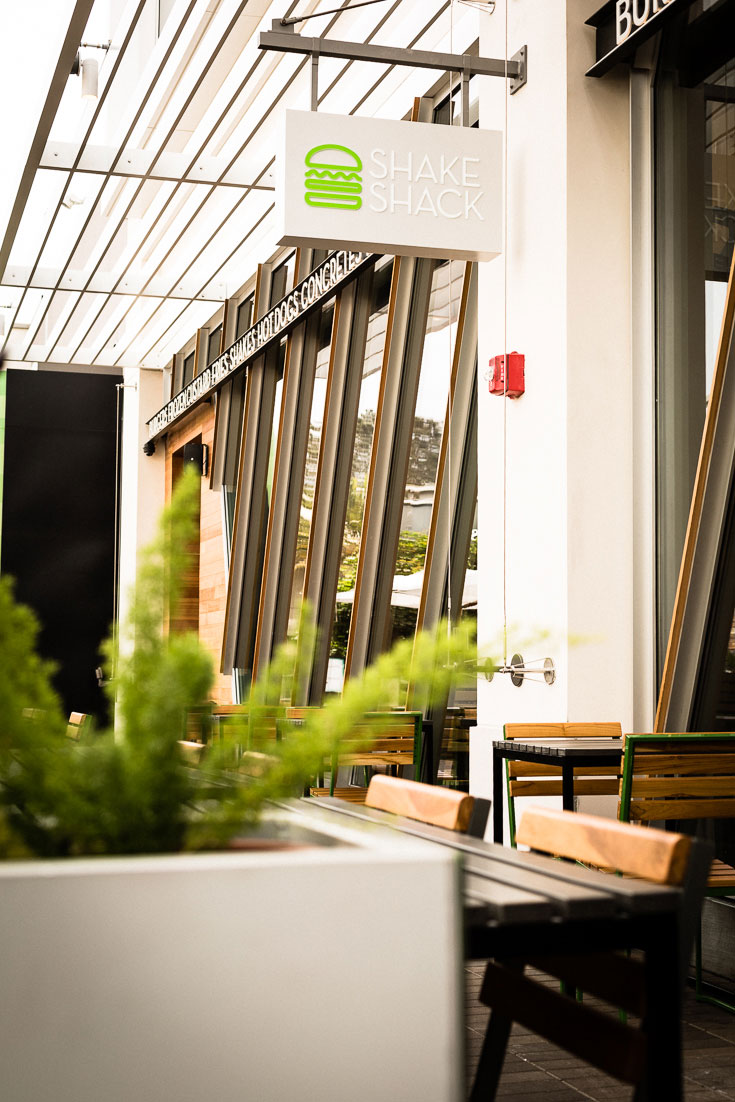 The detail in the design is really apparent. It is modern, yet warm and welcoming. The tables are made in New York from reclaimed bowling allies. How cool is that? 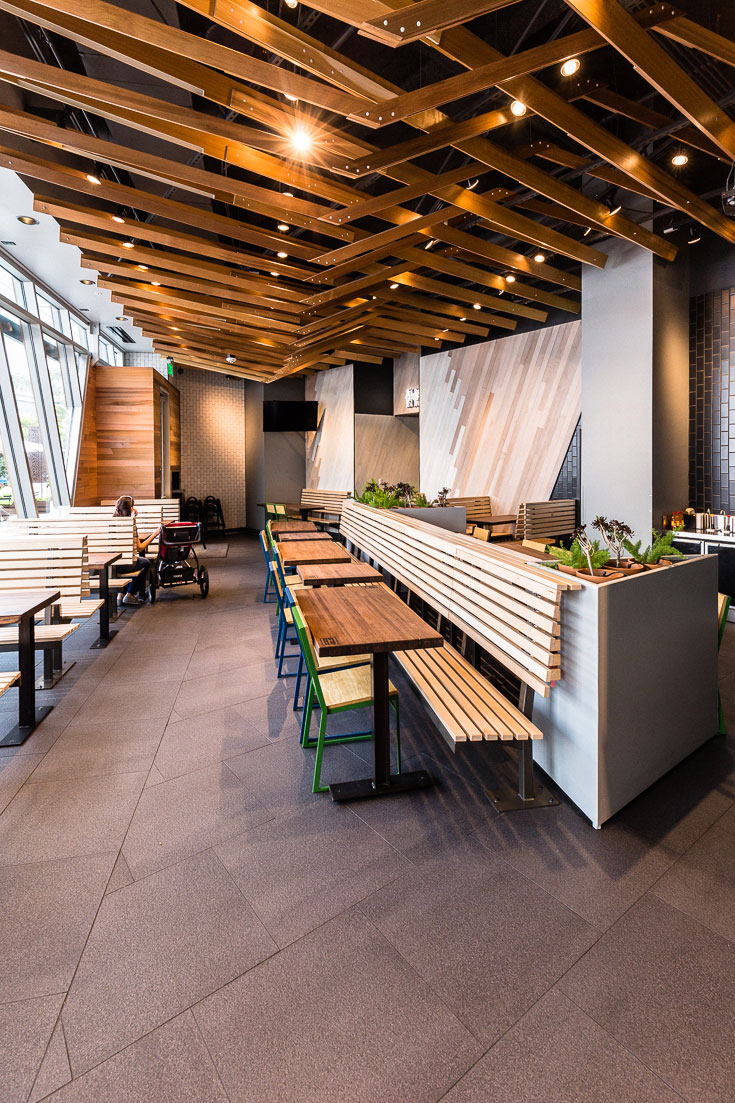 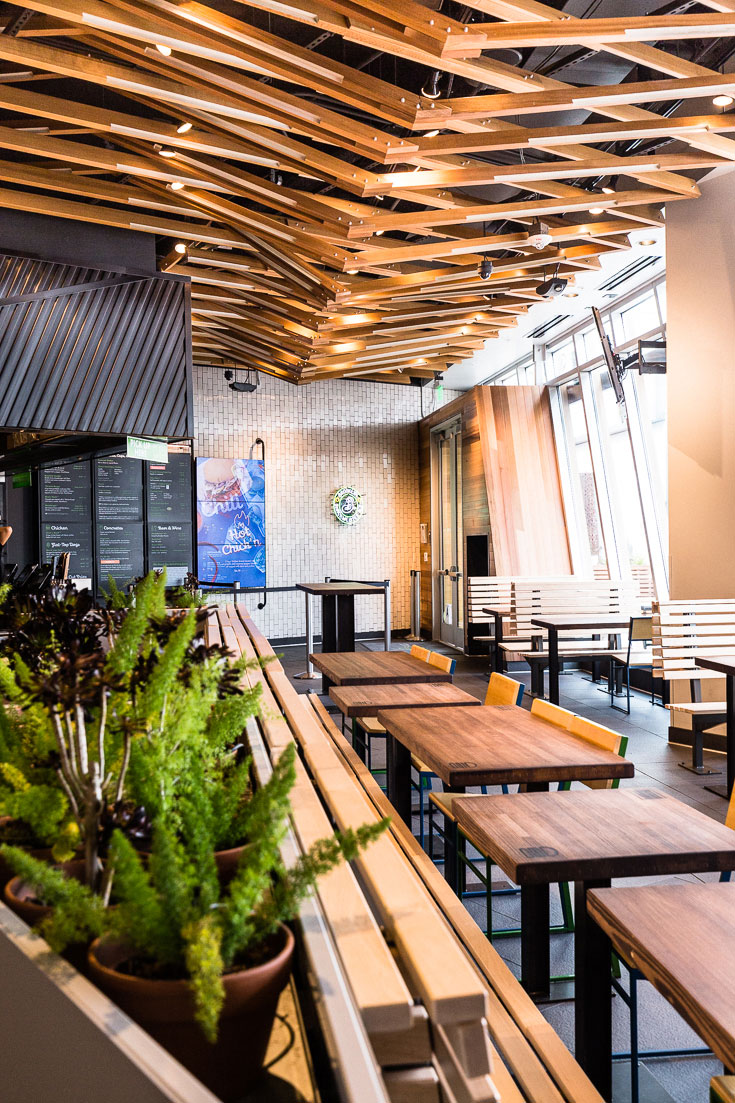 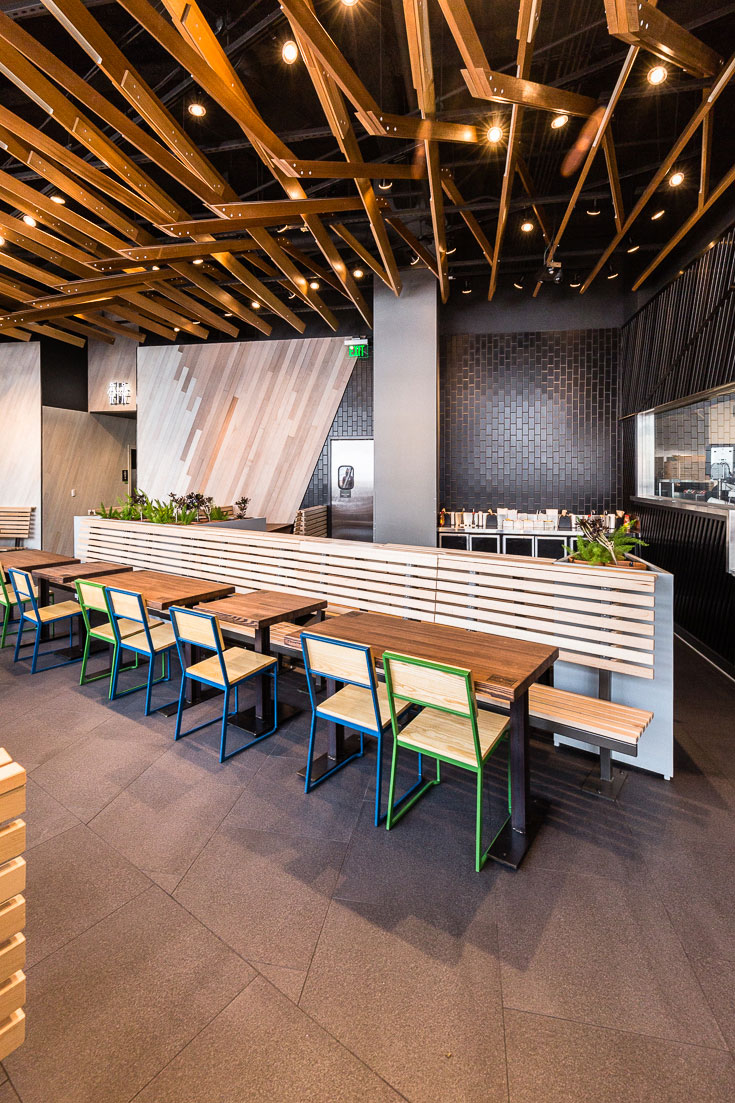 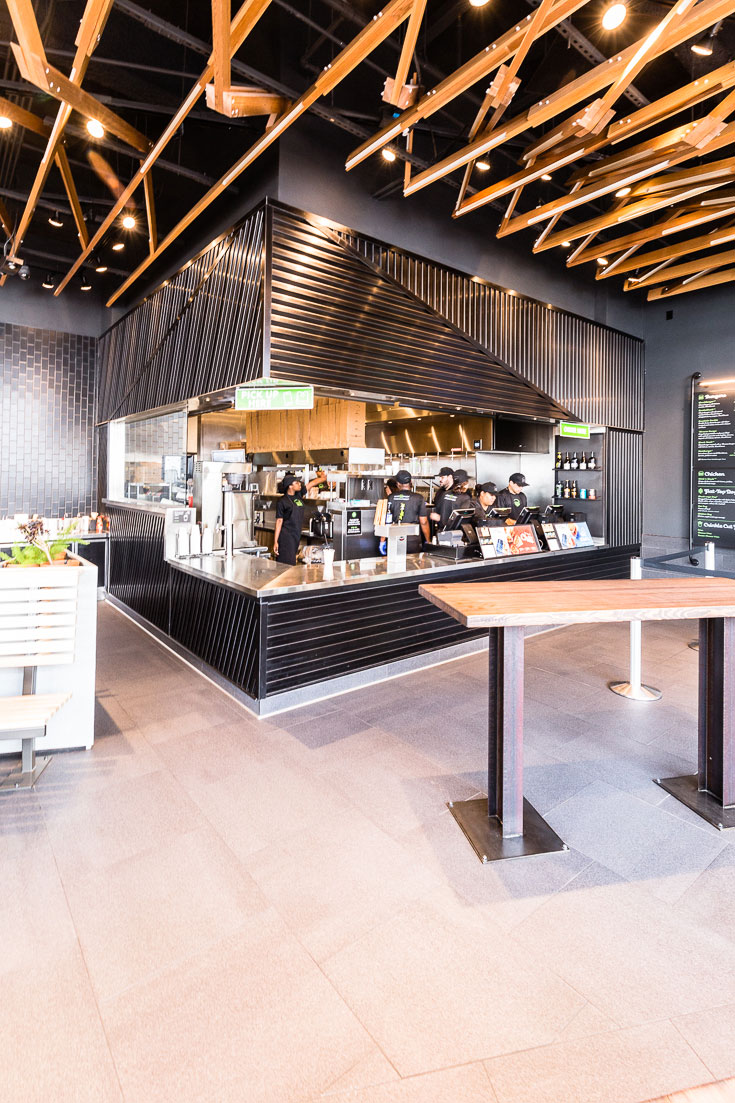 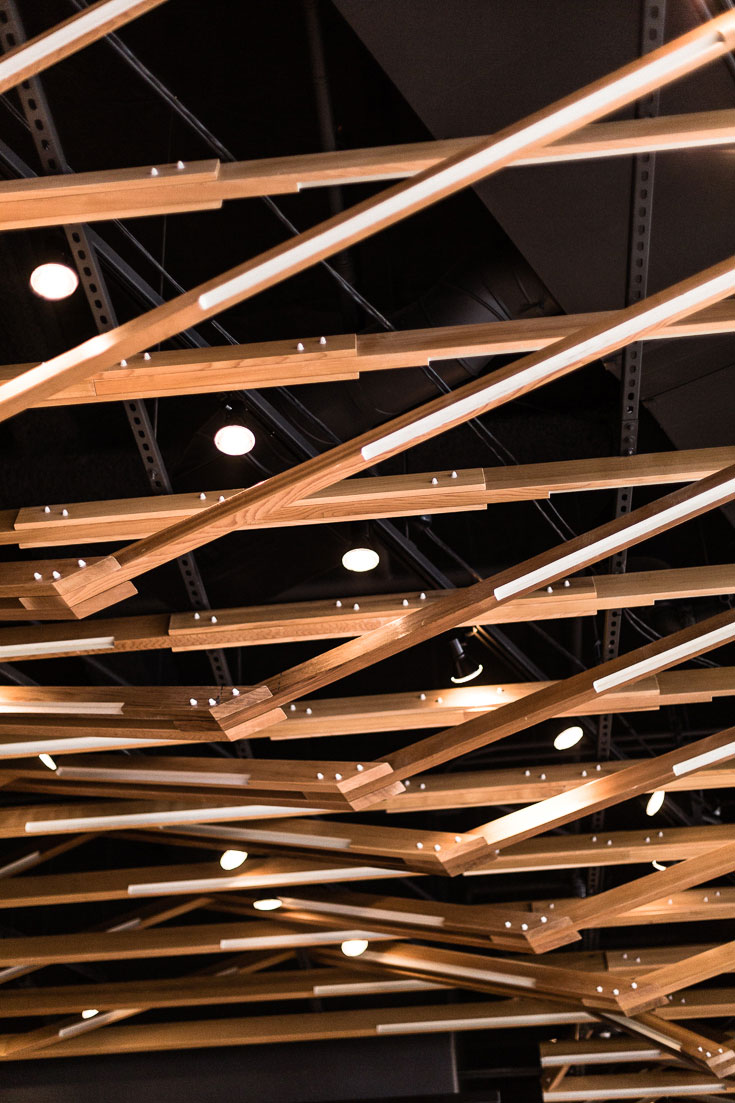 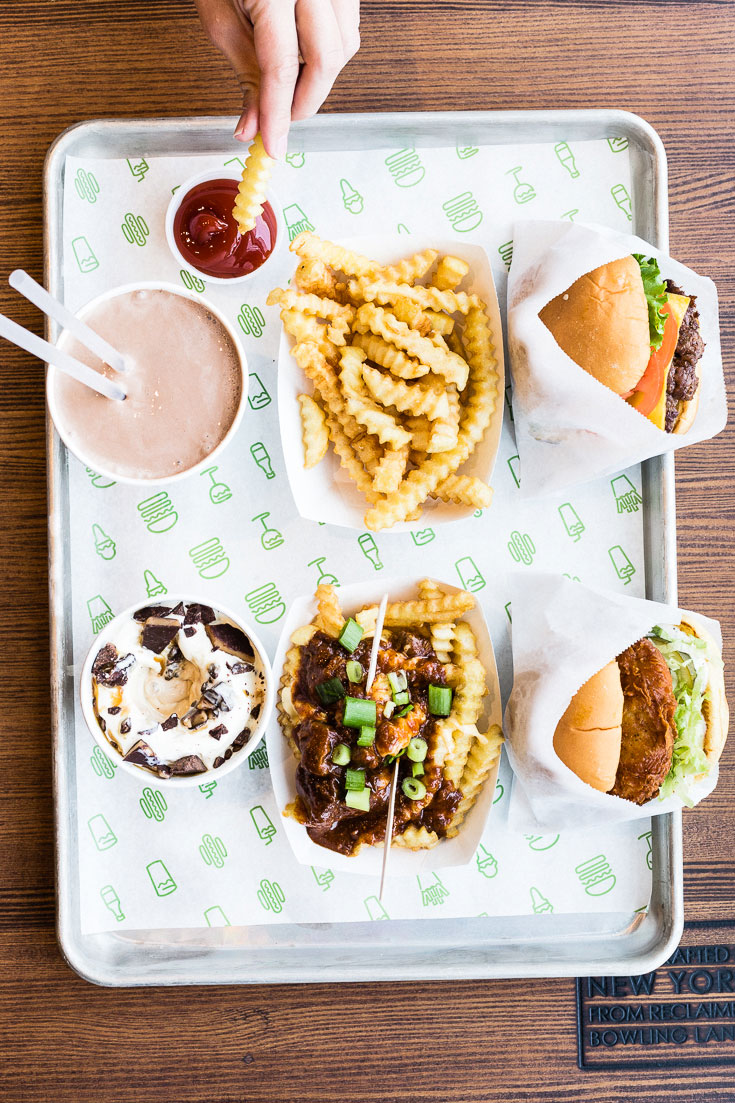 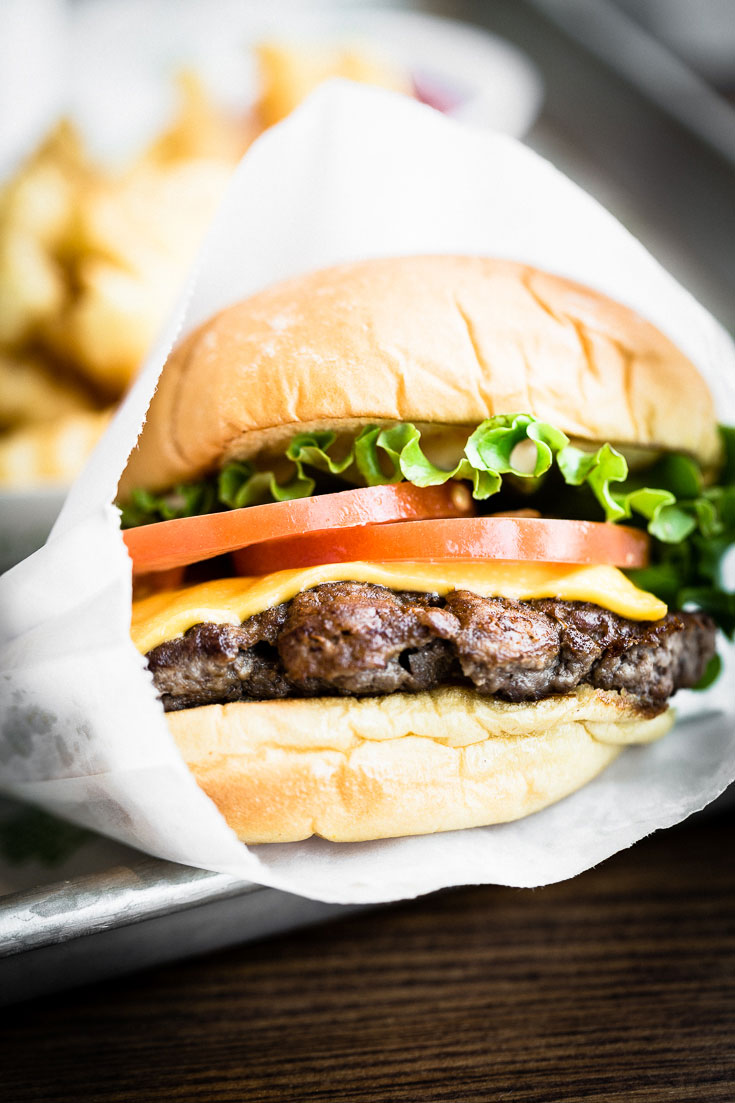 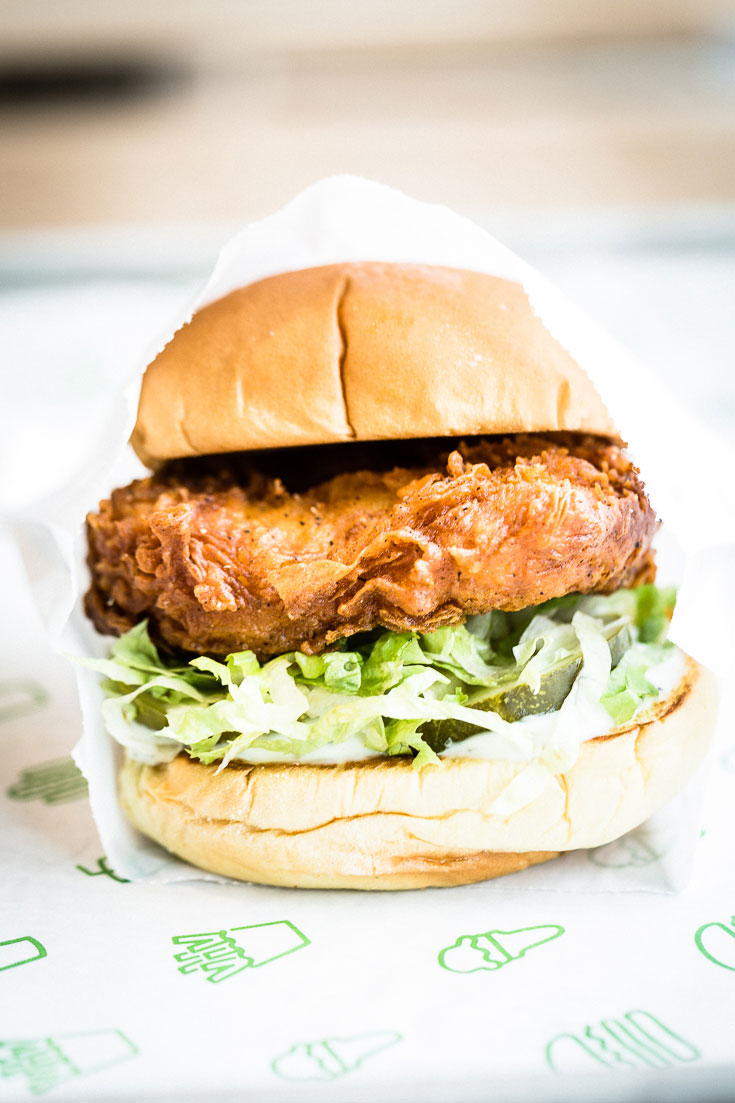 The food is delicious! My favorite is the Shake Burgher, though next time I will probably order a double. The bun is just so light and doesn't get in the way of the rest of the ingredients.

People always ask me “is it better than In N Out?” The answer is that it’s a totally different experience. I will always love In N Out. I order a double double animal style every time. Sometimes fries if someone is willing to share them with me (ordered crispy). That burger and fry combo is one of my favorite treats of all time.

I usually stop at In N Out when we’re on the road or after playing golf. Those two things just turn on my In N Out craving, and it's hard to say no when you see that sign along the freeway.

Shake Shack is different. The experience of the hospitality is different. There's more variety on the menu. Everything is really high quality. It doesn’t feel like fast food and it’s definitely not fast. That’s not an accident, they want people to slow down and enjoy the experience.

I would go to Shake Shack before a movie or just to go out to eat instead of a regular restaurant; this isn’t something I would normally go to In N Out for. 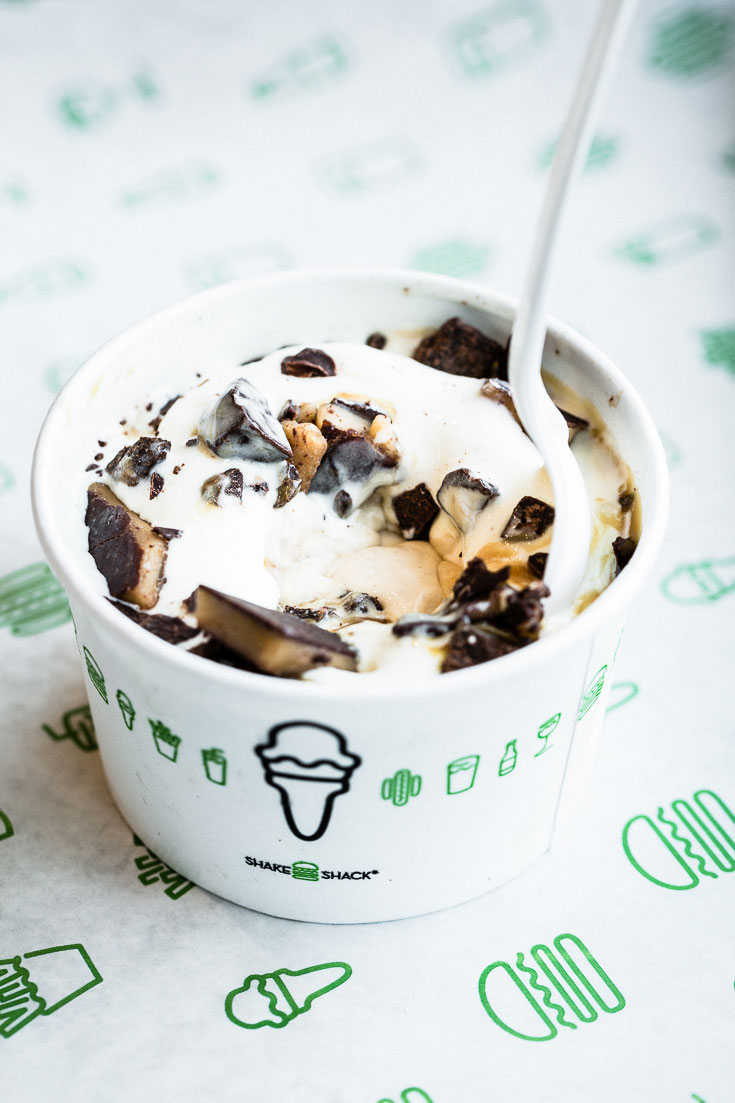 This is a Concrete frozen custard mixed with toffee candy. 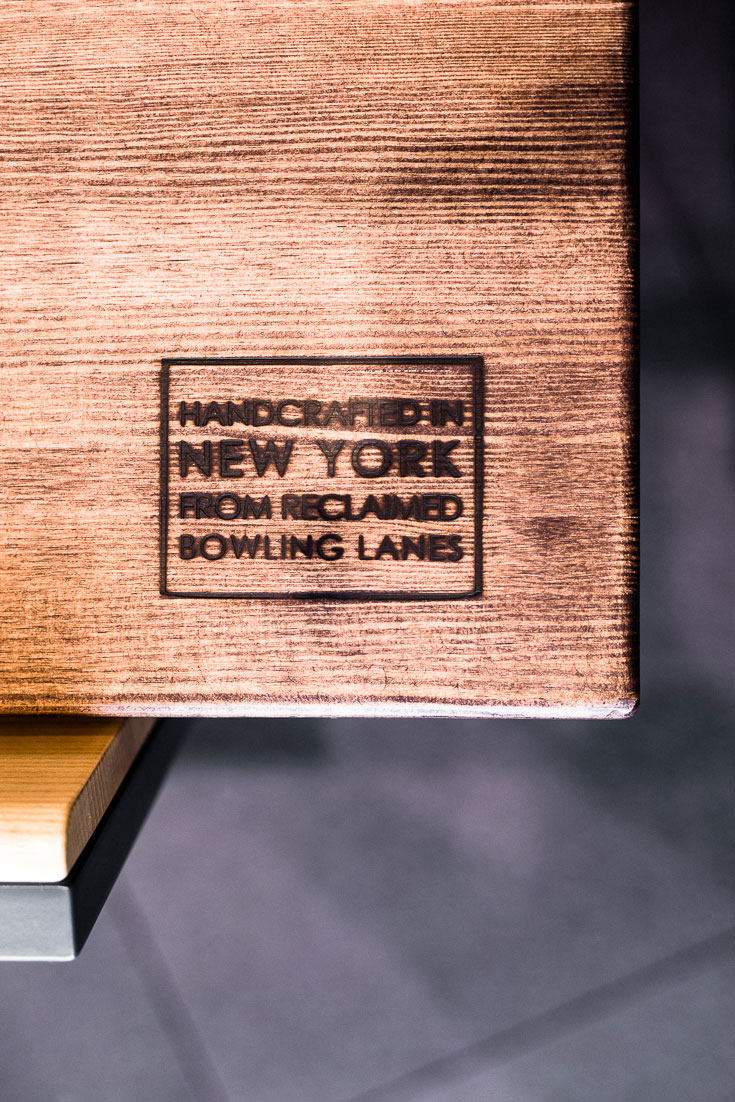 A second San Diego location will be opening in late 2017 in mission valley.