A decadent creamy vanilla bean and cinnamon ice cream infused with delicious apple crisp is the best of both worlds.
This post may contain affiliate links. Please read my Disclosure Policy.
Jump to Recipe 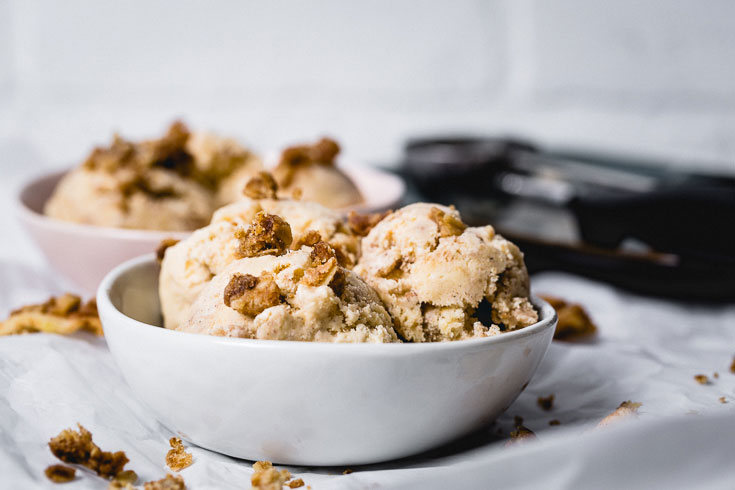 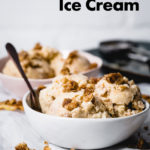 Apple crisp topped with vanilla ice cream is one of the great pleasures in life. I can still remember making apple pies as a kid. The smell that fills the house is unforgettable. I've since migrated to making apple crisps instead of pies because it is just so much easier to make the crumble topping.

I started wondering the other day what would happen if the apple crisp and the vanilla ice cream were combined to create apple crisp ice cream. If that sounds like it would be pretty wonderful to you; then you are in luck, because it turns out to be so amazing. 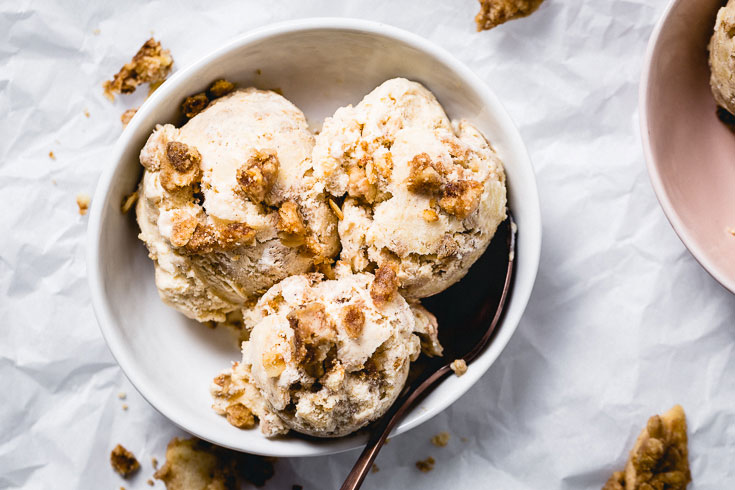 You can really use any apple crisp, but I happen to already have an awesome Easier than Pie Apple Crisp recipe ready for you.  You will definitely want the apple crisp to be completely cooled before adding it to the ice cream, but you already knew that. Chop 2 ½ cups (about ⅔ of a pie pan) of apple crisp into small pieces on a cutting board. Make sure no large pieces of apple remain, or they will become icy when frozen.

Once the ice cream is finished spinning (mine takes about 10 minutes), mix in the chopped apple crisp. Freeze overnight and it's ready to enjoy. 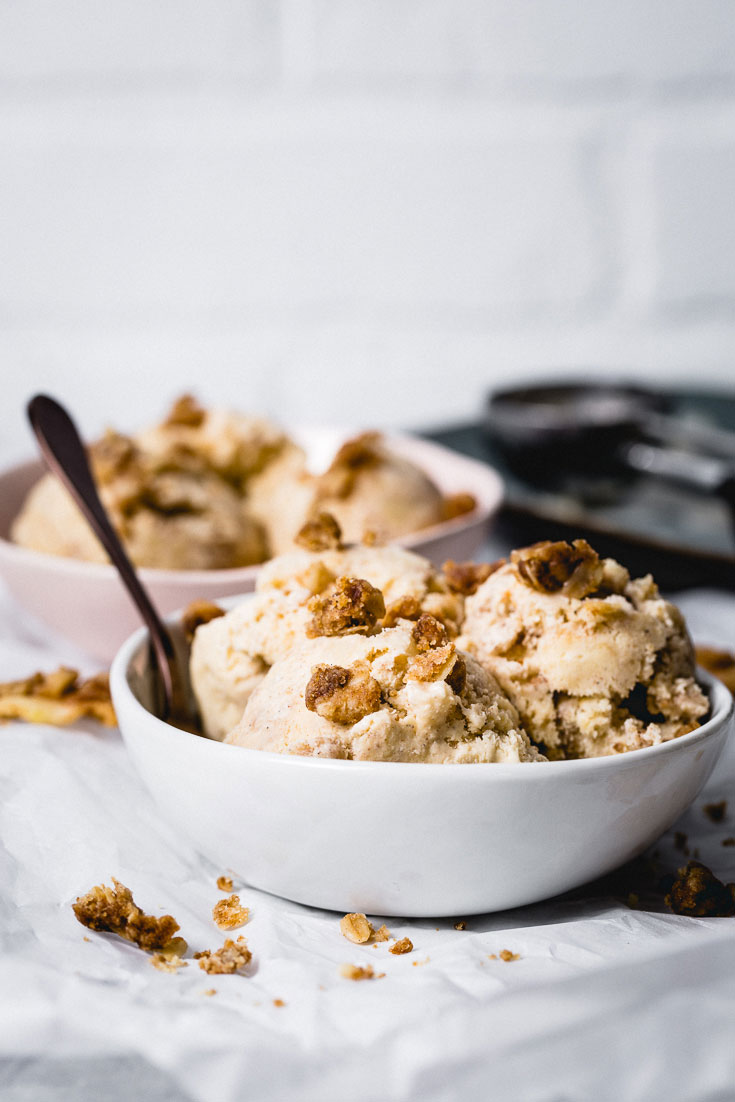 With this ice cream, it's pretty important to let it sit on the counter for about 5 to 10 minutes before eating it. This is to let the small apple pieces warm up slightly and not be icy.

This list contains affiliate links where I might receive a commission if you make a purchase, at no additional cost to you. Thanks for your support! 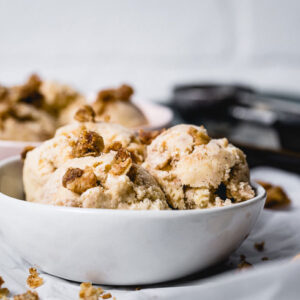 Let the ice cream sit out for 5 to 10 minutes before serving to allow the apple pieces to warm up for the best texture.

As an Amazon Associate, I earn from qualifying purchases.
© 2022 Salt Pepper Skillet LLC