There aren't many sides for steak or chicken that are better than crispy potatoes with tons of flavor. The outside is crunchy and the inside is creamy.
This post may contain affiliate links. Please read my Disclosure Policy.
Jump to Recipe 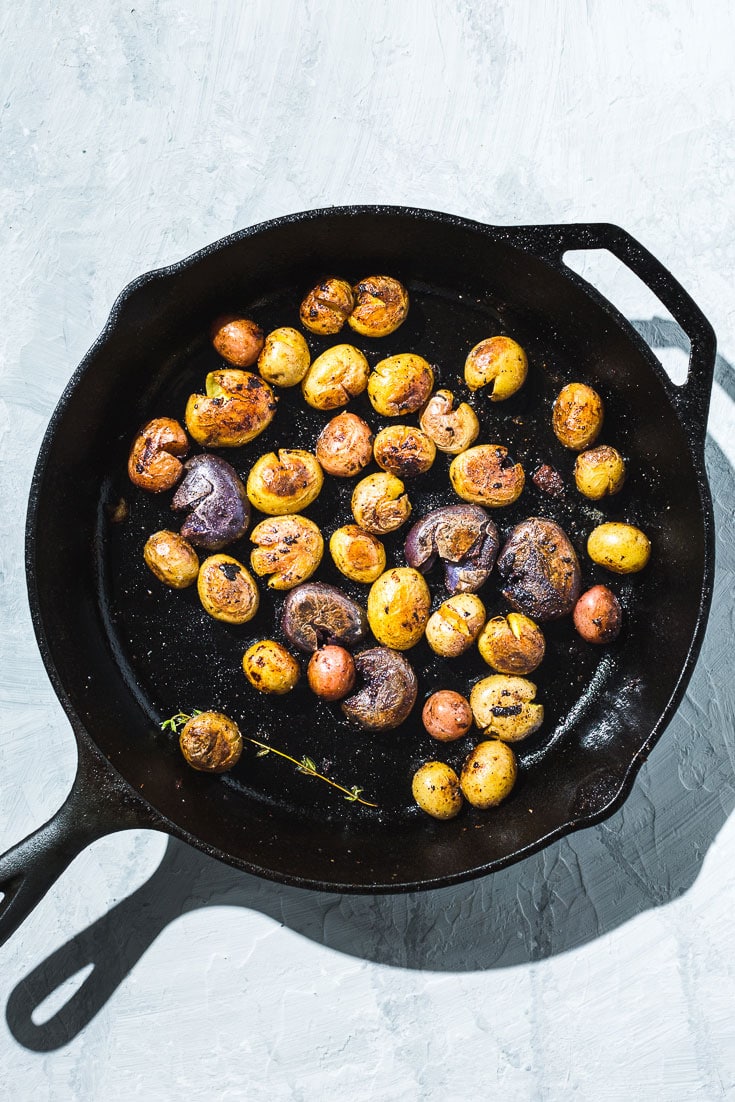 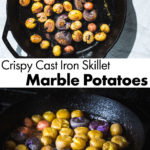 If you are first cooking steak or chicken in the same skillet, just remove the meat and add the potatoes without draining anything out. All of those wonderful leftover flavors will be infused right into the potatoes as they finish cooking.

How to cook skillet marble potatoes on the stove

The key is to cook the potatoes twice. Cooking the potatoes in two steps gets the inside perfectly cooked with a creamy texture, and the outside can be super crispy with tons of flavor.

First, par-cook the potatoes in salted boiling water until they are fork tender. The second step is to crisp them up in a hot cast-iron skillet with canola oil, butter and some fresh thyme. Once the potatoes are in the skillet, smash them with the back of a spatula. This will give them even more surface area contact with the pan for even better browning.

The final step is to season well with kosher salt and freshly ground pepper, then it's time to enjoy. 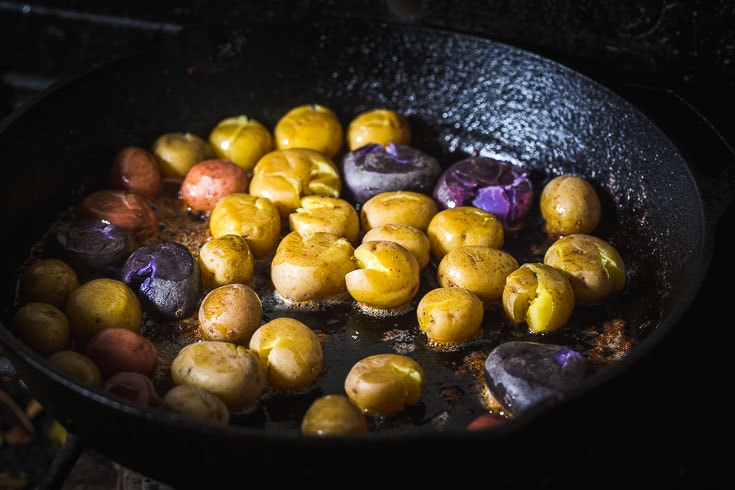 What to eat with skillet potatoes

I can't think of anything that goes better with crispy marble potatoes than ribeye steaks or grilled rosemary chicken under a brick. 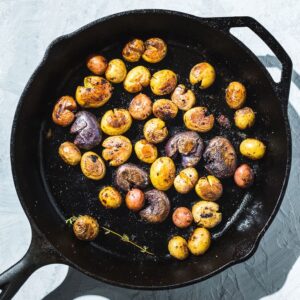