The steak cooking method that guarantees perfect results by starting in a low-temp oven and then searing in a hot skillet for that flavorful golden crust. The reverse sear method is the ultimate way to cook thick-cut steaks like a ribeye.
This post may contain affiliate links. Please read my Disclosure Policy.
Jump to Recipe 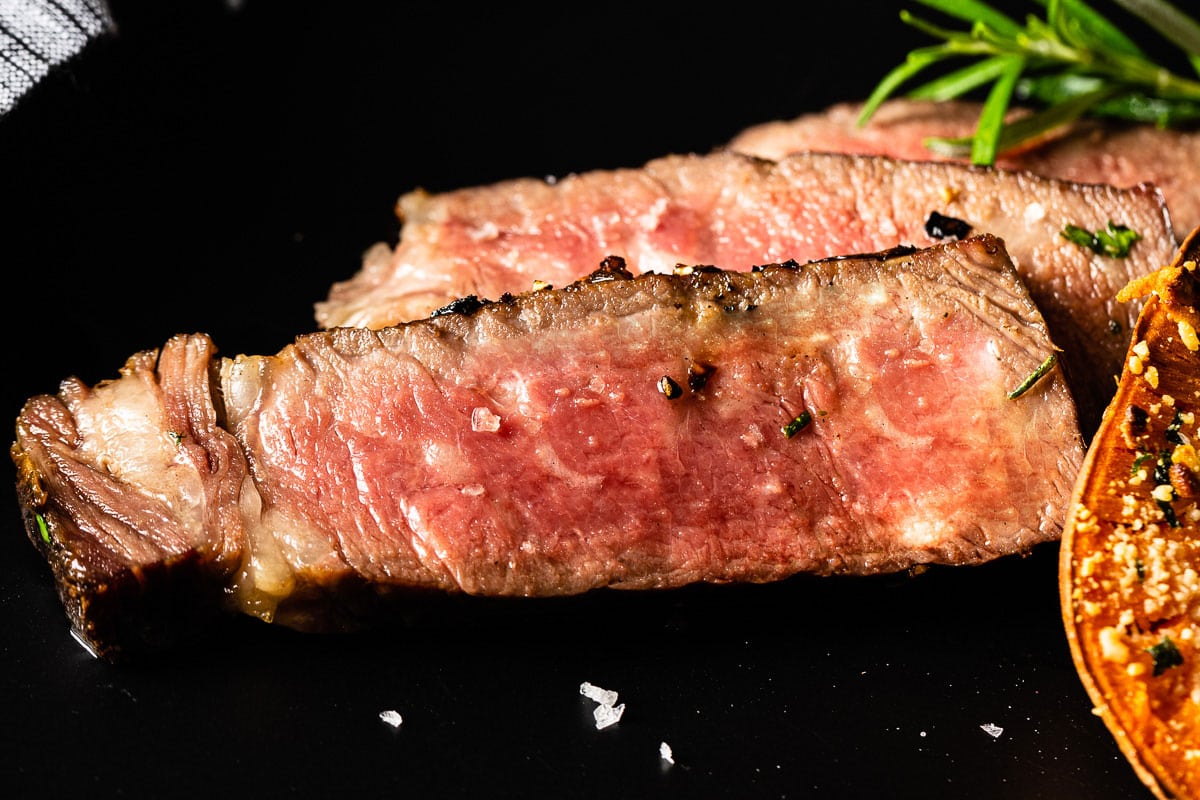 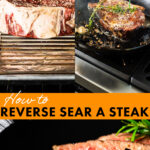 When it comes steak, there are just so many ways to cook it. And with all those options, it can, it can be tough to choose. The reverse searing method is definitley one you want to try for restaurant quality steaks right at home.

Cooking a big, beautiful and likely really expensive steak to perfection can be tricky. You can sweat it out wondering whether the interior will be that highly sought-after medium-rare or if you've just ruined $50 piece of beef. The (better) alternative is that will make it stress-free is simply by slowing things down, and initially cook it through at a low temperature, then sear it to perfection.

What is Reverse Searing , Anyway?

The method for reverse searing a steak is quite simple. You will first cook the steak in a low temperatur oven for a nice, slow and even cook, then quickly sear it over high heat for that beautiful flavorful crusty exterior. Steaks that are reverse seared are perfectly and evenly cooked from edge to edge, without a big grey layer of overcooked beef.

I first learned to cook steak by watching chefs in a French restaurant. The technique they used was the complete opposite (or reverse) of what we're talking about in this recipe. They would sear a beautiful steak in a carbon steel skillet over extremely high heat, flip it and then right into the oven it would go until it was to temp. Then they would finish it with butter and herbs. This method works! And it's actually pretty fast (and what you need in a fast-paced restaurant). However, reversing that process is even more magical and relies less on perfect timing.

Your favorite steakhouse has been reverse searing for years. Reverse searing was developed in the early 2000s, as a sort of sous vide hack, to get the even cooking temps of a sous vide device without the extra expensive equipment.

When you don't have an immersion circulator to utilize the sous vide method, just reverse sear your beautiful steak. Even with the ability to sous vide, there are definitely some great advantages to the reverse sear.

How to Reverse Sear a Steak

Whether it's in the oven, the grill or in the smoker, step-by-step the method is the same.

Tip: Use a remote probe thermometer to monitor the internal temperature of the steak while it cooks in the oven or grill.

A Bone-In Ribeye Is Perfect for Reverse Sear

This (IMO) is the ultimate steak, with its combination of flavor and marbling, with differing textures. Being the ultimate steak, it needs to be cooked the ultimate way for perfect results that will seriously just melt in your mouth as you melt into your chair with disbelief that something could taste so good.

For the ultimate in high-quality dry-aged and American Wagyu Steaks that can be ordered online; check out Snake River Farms [FIX LINK].

Reverse searing isn't just for steaks. It is a wonderful way to cook a roast to perfection as well. The concept is exactly the same, it's just going to be cooking for longer. This is how I cooked our holiday standing prime rib roast and it was melt-in-your-mouth perfection.

To Reverse Sear in a Grill or Smoker

The oven isn't the only way to reverse sear a steak. A grill with the ability to cook with indirect heat and the lid closed or a smoker are fantastic for the reverse sear method. The advantage of using a grill or a smoker is that additional flavors from the smoke of the charcoal and/or wood chips can be infused into the meat while it cooks. The downside is that controlling the temperature of some grills can be more difficult than the oven in your house.

How long do you cook a reverse sear steak?

Cooking a steak reverse sear will take between 40 and 60 minutes plus 4 minutes of total sear time.

What temp to reverse sear steak?

Set your oven as low as it will go, which is usually between 250° and 275° F. A lower oven temp will cook the steak more evenly and make the steak even more tender, but will increase the cook time, so just start a little earlier.

While a sauce is totally optional, but it brings it to another level. 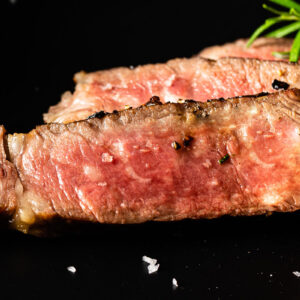 This post was last updated on December 1, 2022 with new and helpful information.