Juicy, delicious smoky ham with a succulent glaze and grilled pineapple slices is bursting with flavor.
This post may contain affiliate links. Please read my Disclosure Policy.
Jump to Recipe 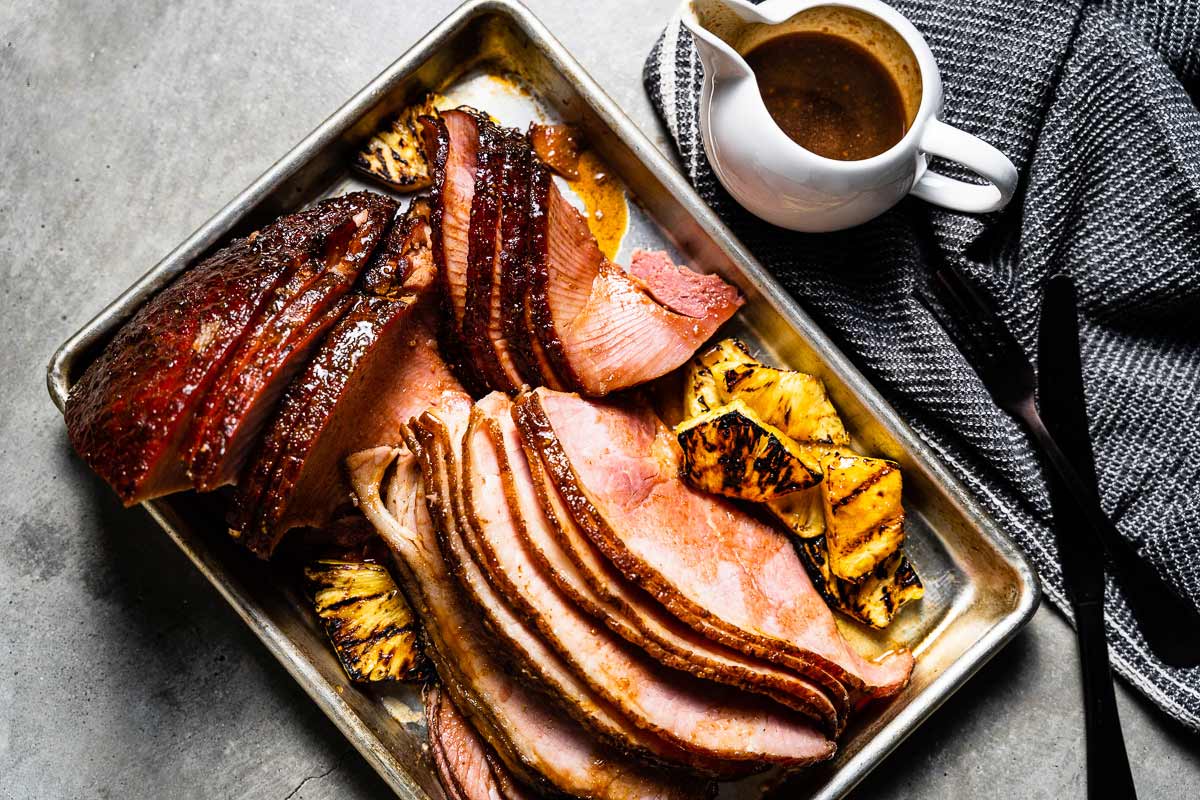 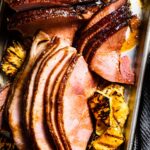 There’s ham, smoked ham and then there’s double-smoked ham. Most precooked spiral-sliced ham is already smoked when you buy it, and it is really good as is. But smoke that same ham again and it's even more amazing, with more intense flavors.

We're going to ditch the package instructions and the prepackaged glaze, and double smoke that beautiful ham for a spectacular and delicious feast.

Smoked and glazed spiral-sliced ham doesn't have to just be for a holiday. It's great anytime for making the best sandwich meat. It's way cheaper than buying meats at the deli, and you can vacuum-seal and freeze it in individual portions.

The glaze by itself is so delicious. Then when you pair up the sweet with the smoky ham and some grilled pineapple, each bite is off the flavor charts.

The glaze is easy to make. Just combine all the ingredients in a small saucepan, whisk to fully combine and bring to a simmer until it starts to thicken. Just keep the heat low enough so the glaze doesn't splatter in the pot.

How to Make Double-Smoked Ham

Quick step-by-step overview or you can skip down to the full recipe card.

Smoked and glazed ham was just meant to be eaten with Scalloped Potatoes, crunchy green beans, grilled pineapple and more of the glaze. And if you love sliders, grab some sweet Hawaiian buns and combine a slice of ham, the pineapple and a drizzle of the glaze. Even add some bright coleslaw to the mix for a crunchy texture.

Store cooked ham in the refrigerator for 3 to 5 days. It's great to vacuum-seal individual portions and freeze it to be used within 6 months. 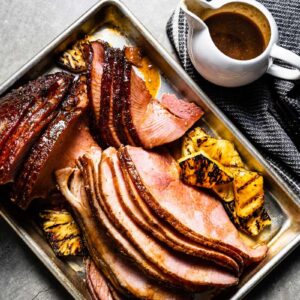