Crispy and crunchy on the outside, buttery on the inside. Smashed fingerling potatoes are a perfect and super easy side for any meal.
This post may contain affiliate links. Please read my Disclosure Policy.
Jump to Recipe 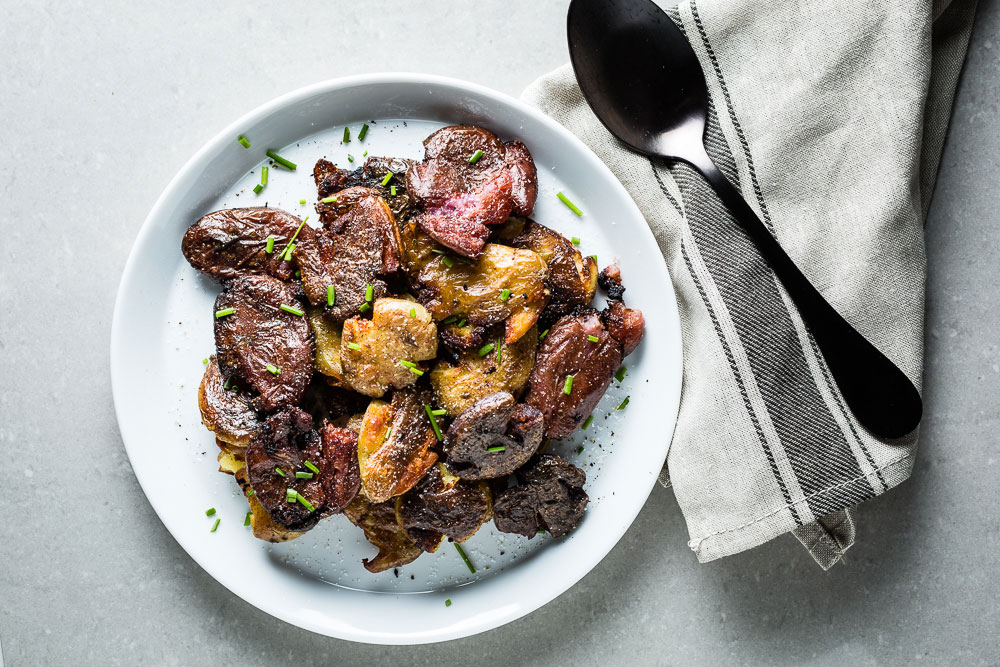 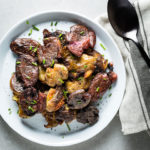 The crispiness you get from smashing the potatoes into a hot skillet gives a pretty amazing result. They are cooked twice, but there's almost no labor involved. The first is to boil (or steam) the potatoes to cook them on the inside (which would take forever in the skillet). The second is to cook them in hot oil in a cast iron skillet to crisp them up on outside into perfect golden bites.

In case you are wondering "why the heck would you smash a perfectly good potato?" Smashing gives the potato maximum surface area for contact with the hot skillet to make them super crispy.

I used Peewee Fingerling Potatoes (pictured below). They come in a variety of yellow, purple and red colors. The texture is a creamy, buttery taste. Any fingerlings or baby potatoes will work great. All have a slightly different texture and the different colors make for a nice presentation. The variety is so great! 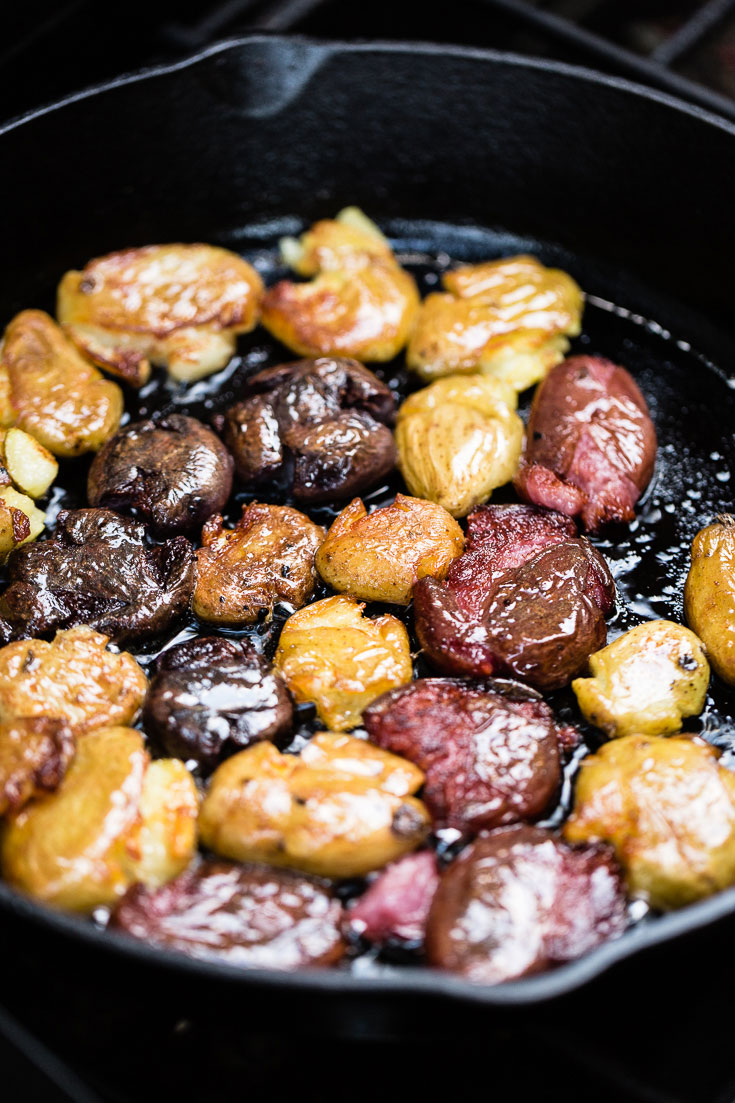 How to Make Smashed Fingerling Potatoes

The fingerling potatoes are cooked twice to ensure they are perfectly cooked on the inside without burning the outside. First boil (or steam) the potatoes in salted water until they can be pierced with a paring knife, but are not completely cooked.

Let them cool slightly, and then you can either smash them on a cutting board, or you can smash them right into the skillet with the back of a spatula. I find it easiest to smash them before placing them in the skillet.

Use an oil that has a high smoke point, like canola or vegetable oil. I wouldn't recommend using olive oil, which has a lower smoke point and will burn at high temperature.

Once the potatoes are golden and crispy on both sides, carefully remove them and immediately season well with kosher salt & freshly ground pepper.

You can add herbs like rosemary or thyme to the skillet while the potatoes cook, which will add flavor to the oil. Add soft herbs (like parsley or chives) after the potatoes finish cooking so they stay bright green. 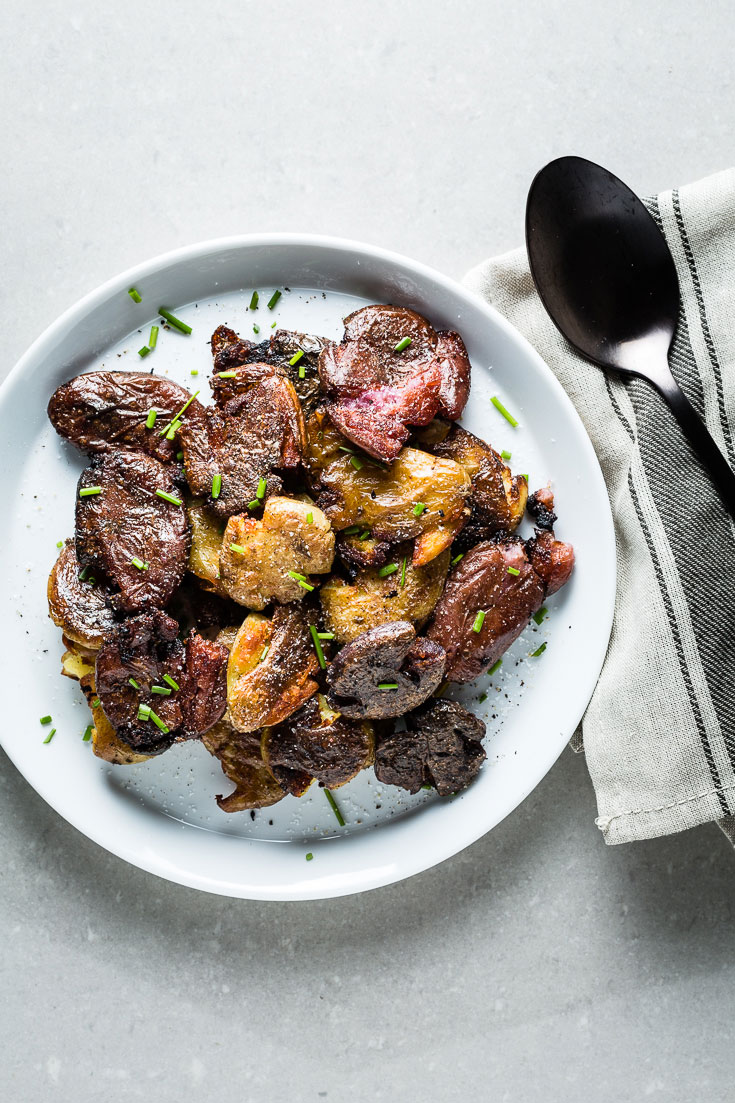 What to Pair with Smashed Fingerling Potatoes

Not only are these smashed fingerling potatoes great as a side with steak, pork chops, chicken, fish or any other protein, but they are amazing as breakfast potatoes. 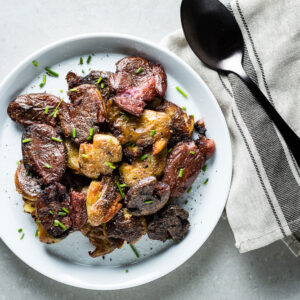 You can par cook the potatoes the day before to make this process even quicker.