Some pretty fantastic things have been happening lately. I recently met a new friend, Jaime Fritsch. He invited me to attend Animalón Barrio Logan (you can check out my photos), which was a pretty life-changing experience. Then, I never expected to be heading south into the Valle de Guadalupe just a few weeks later for Animalón Baja. It's...
This post may contain affiliate links. Please read my Disclosure Policy. 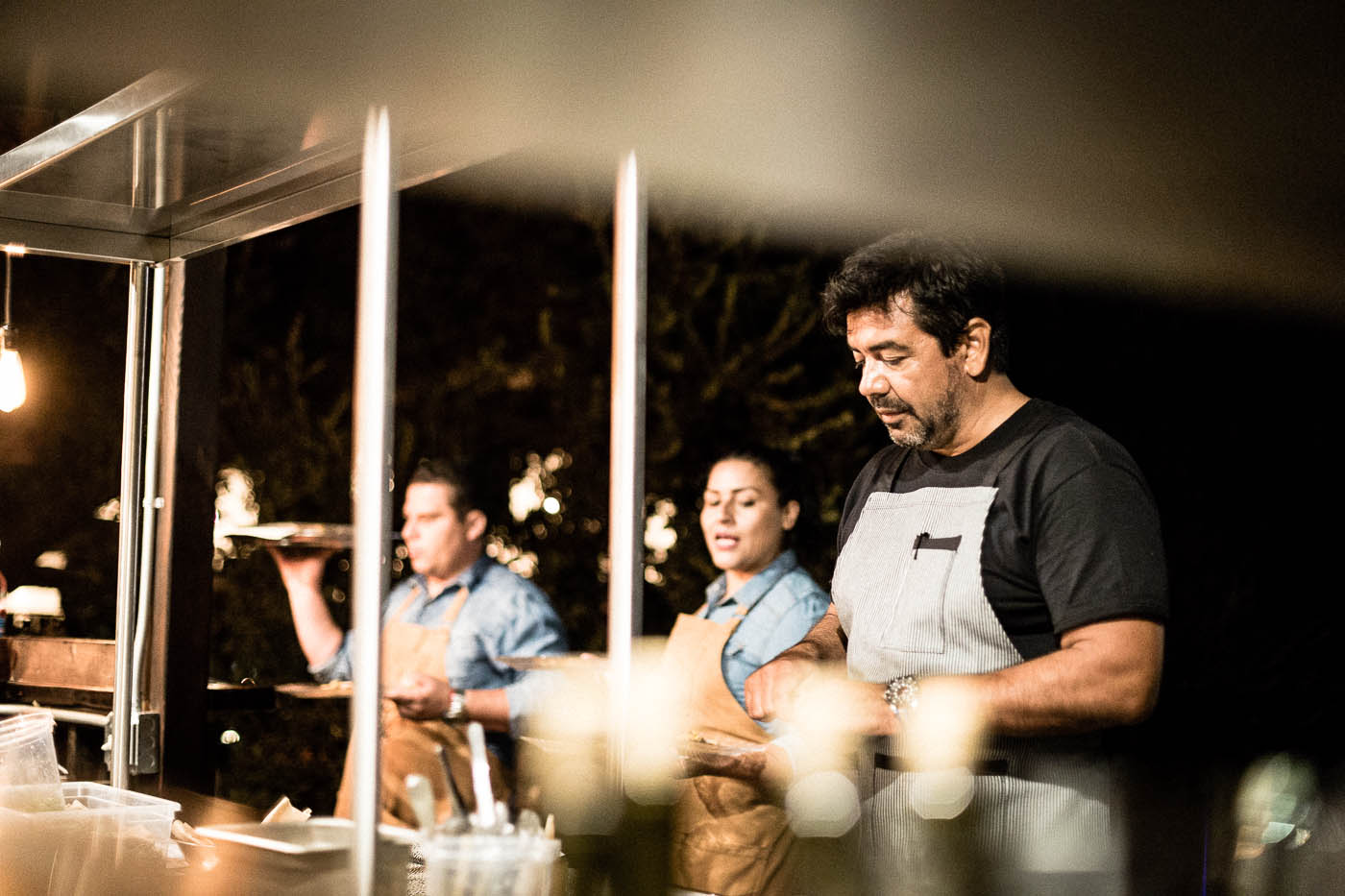 Some pretty fantastic things have been happening lately. I recently met a new friend, Jaime Fritsch. He invited me to attend Animalón Barrio Logan (you can check out my photos), which was a pretty life-changing experience. Then, I never expected to be heading south into the Valle de Guadalupe just a few weeks later for Animalón Baja.

It's little like I got sucked up into my culinary dreams being around the most inspiring chef and photographer around, or anywhere for that matter.

Animalón Baja is a pop-up restaurant by Chef Javier Plascencia and Photographer Jaime Fritsch that takes place in Baja's Valle de Guadalupe. It is running Thursday to Saturday nights through September 9th, 2017 featuring an 8-course tasting menu with local wine pairings available (which I would highly recommend).

I had never been to Valle de Guadalupe, which is just 70 miles south of the San Diego-Tijuana border crossing. So many people have told me how amazing the wine, food, the people and the special feeling you get while being there.

Of course I believed them, but making the short trip just hadn't happened. Maybe I was just waiting for the perfect time to go. I mean, if you are going to go for the first time, you might as well go with Jaime Fritsch to have Javier Plascencia and his team to cook for you, right? 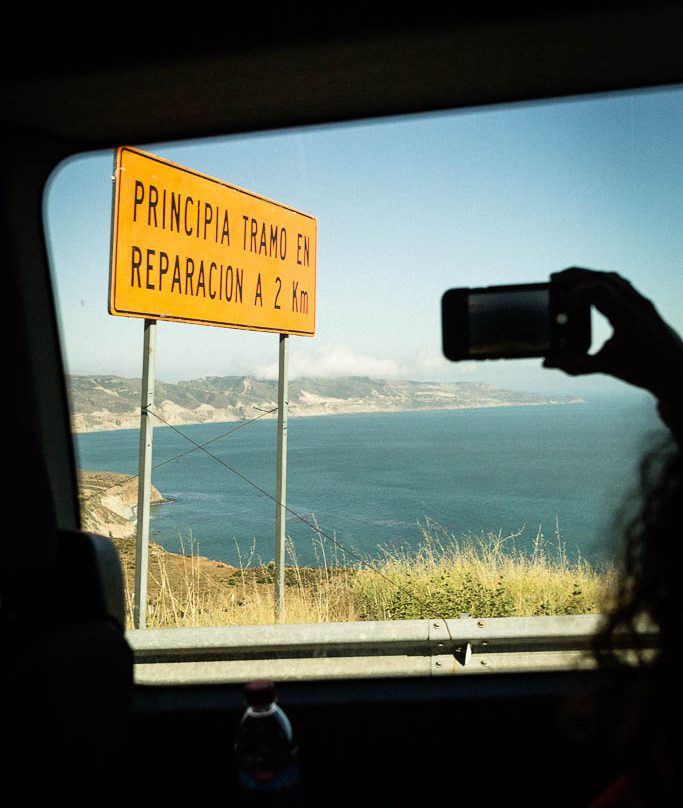 We parked at the border and walked across. Our shuttle arrived a few minutes later and more people arrive to load up. The ride down the coast is absolutely stunning. Many parts reminded me of the Big Sur coast, which is one of the most beautiful places anywhere. Javier called us and asked us to stop for a beer (meaning they were running a little behind). There were numerous breweries along the coast, so that was no problem.

We stopped at Cerveceria Transpeninsula and enjoyed some excellent local beer with views overlooking the Ensenada bay.

East Into the Valle

We depart Ensenada and head east into the Valle. We start to see numerous vineyards, olive orchards, rolling golden hills and oak trees.

There is something about the light in the Valle that is special. I had asked Jaime if the light would be good for photos; he assured me that it is some of the best light he has ever seen. And wow, it really was. There is a glow about it that you have to experience to believe. 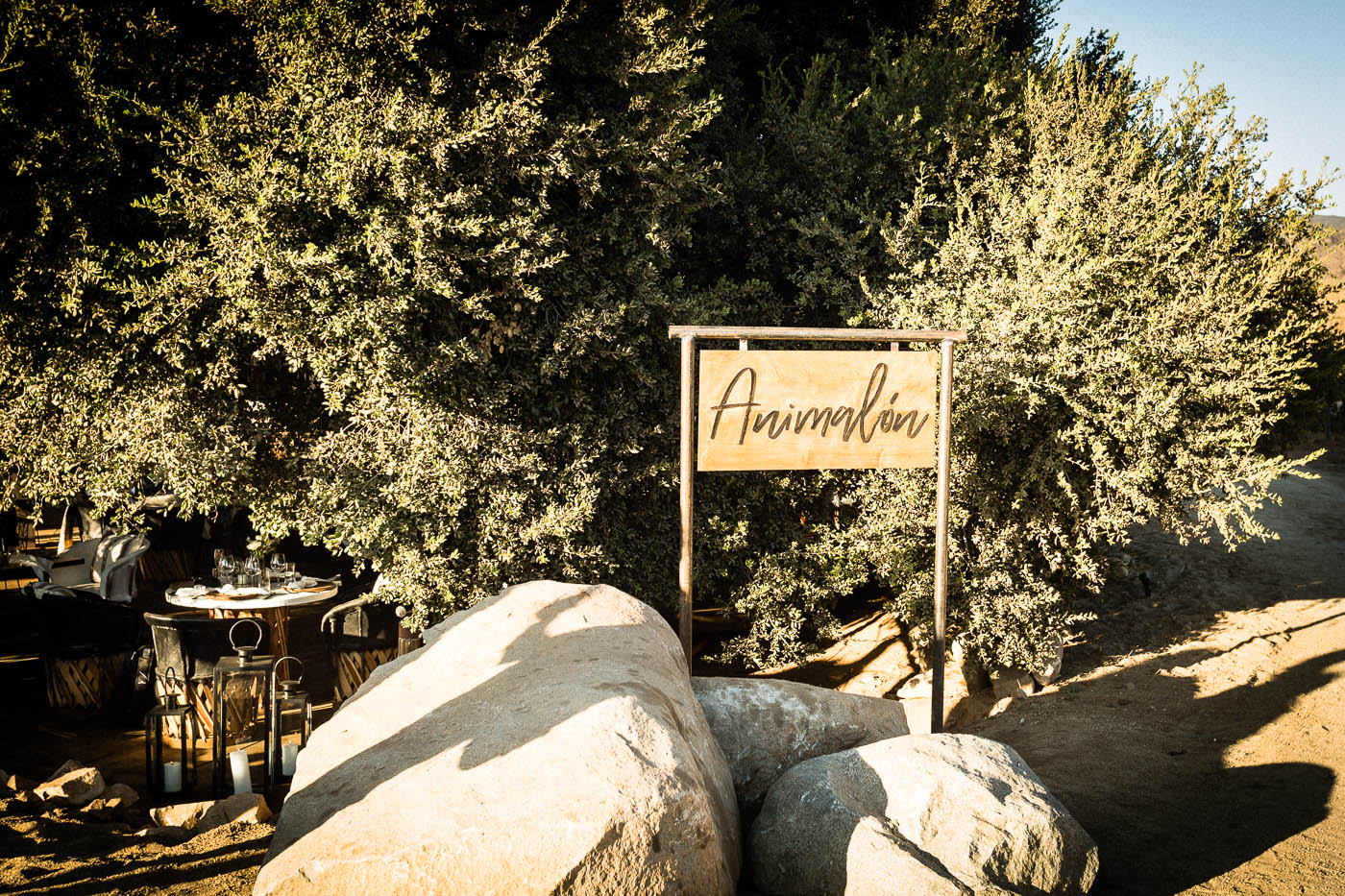 I grew up around oak trees on the Monterey Peninsula; my dad even built me a tree house inside a huge oak very similar to this one, so it brought back lots of childhood memories. 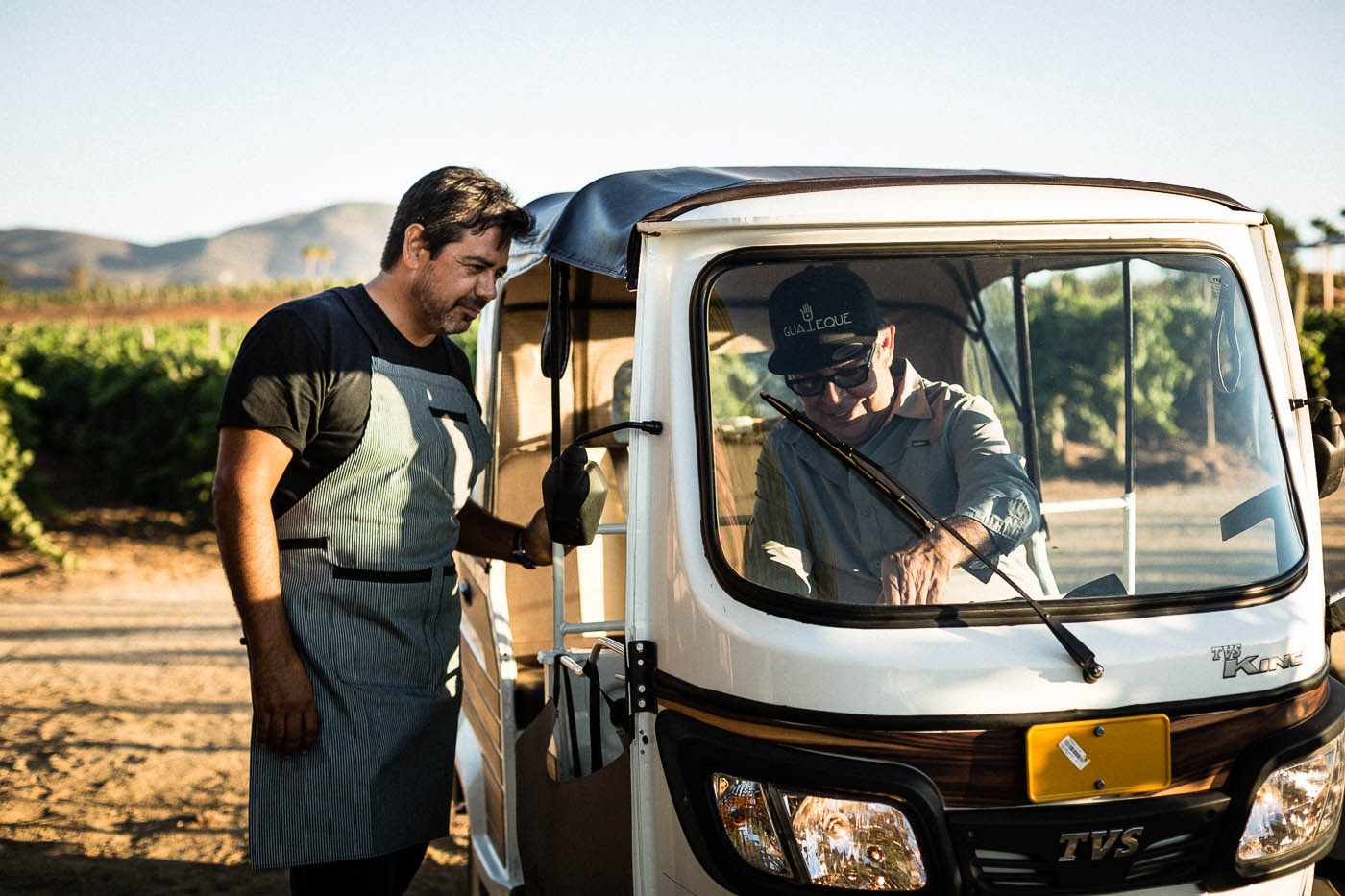 We park and see an oak tree a few hundred yards down the dusty vineyard road. It looked quite small at first, but as we get closer you can see just how large this 100+ year old oak tree is.

There was a glow when you step inside onto the deck built beneath it. The way the low sun shined through the tree over the valle hills gives you a warm welcoming feeling.

Under the oak tree; there is a feeling of being inside a room. Not an enclosed room, but a free room. The way being indoors should feel, with perfect light coming over the mountain and passing through the leaves. It's a feeling you just don't get at a normal restaurant. 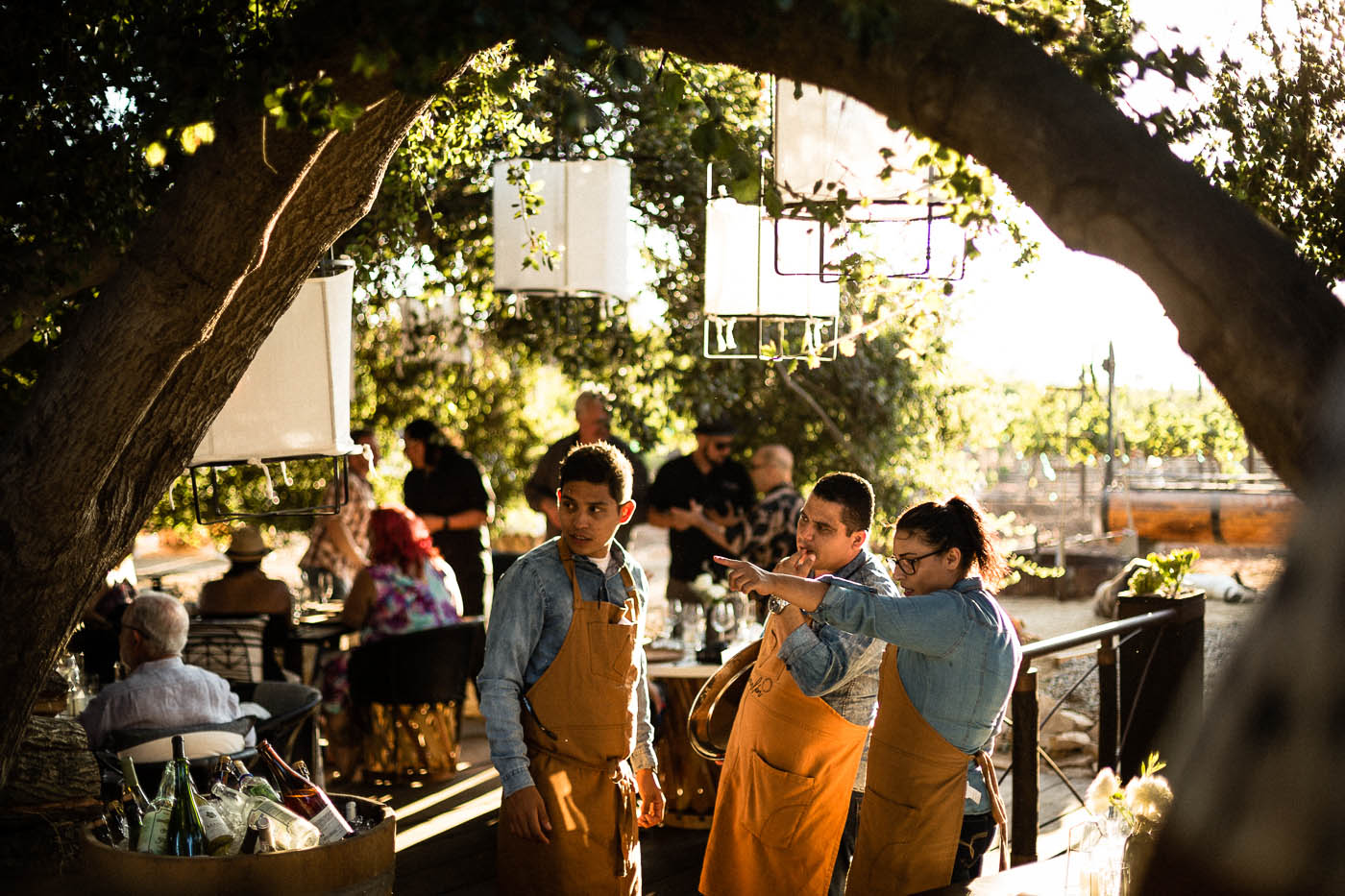 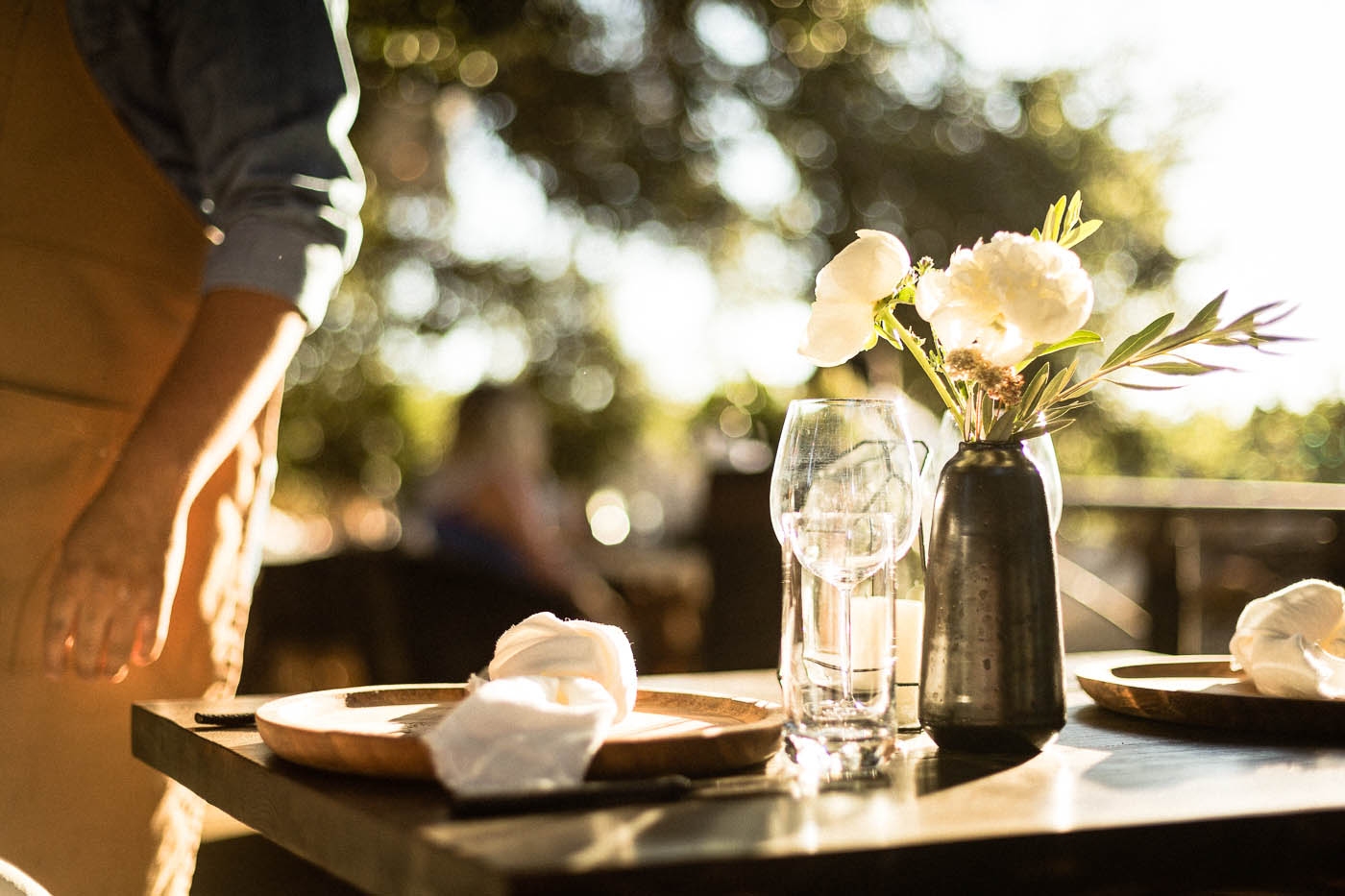 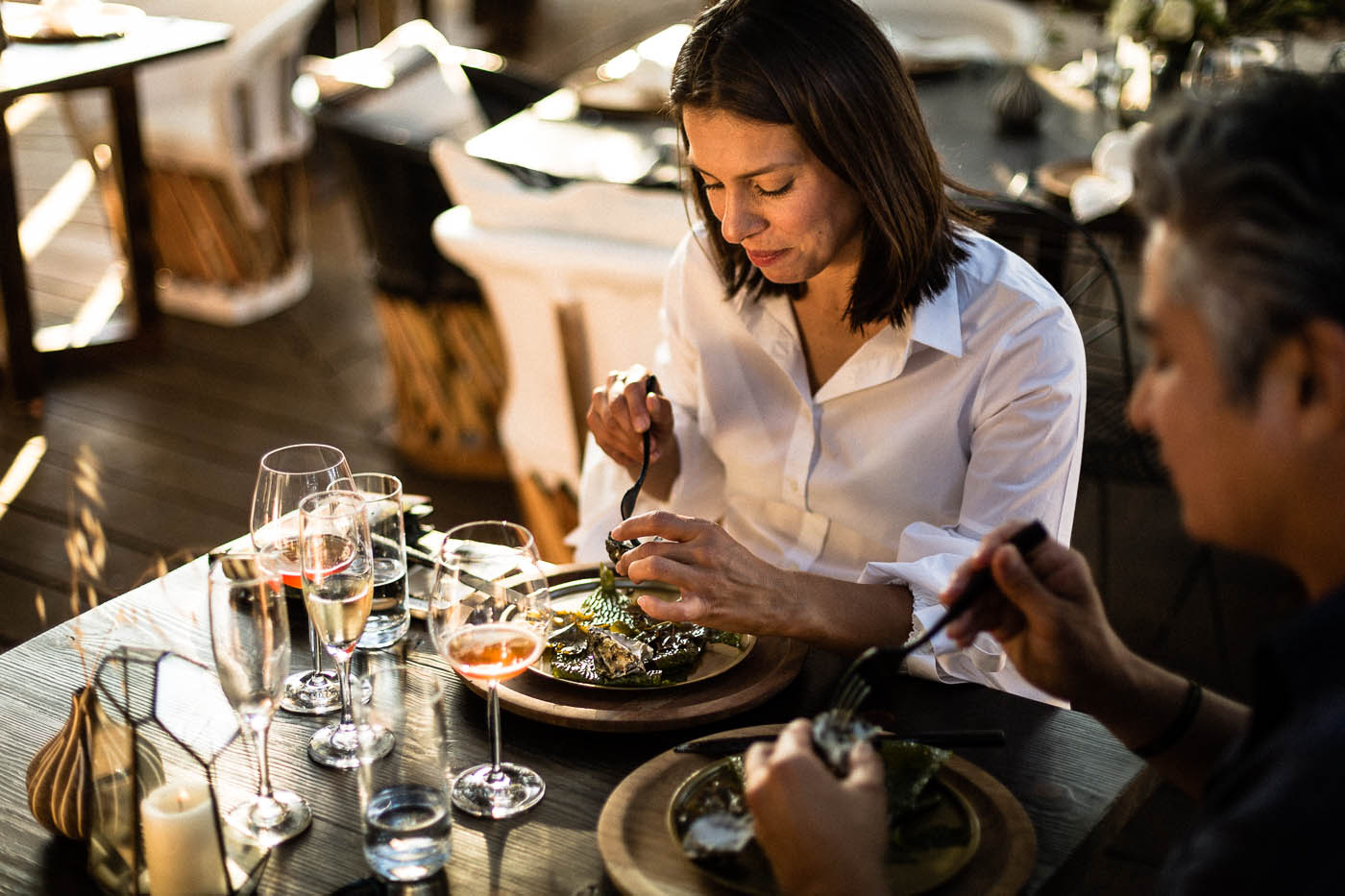 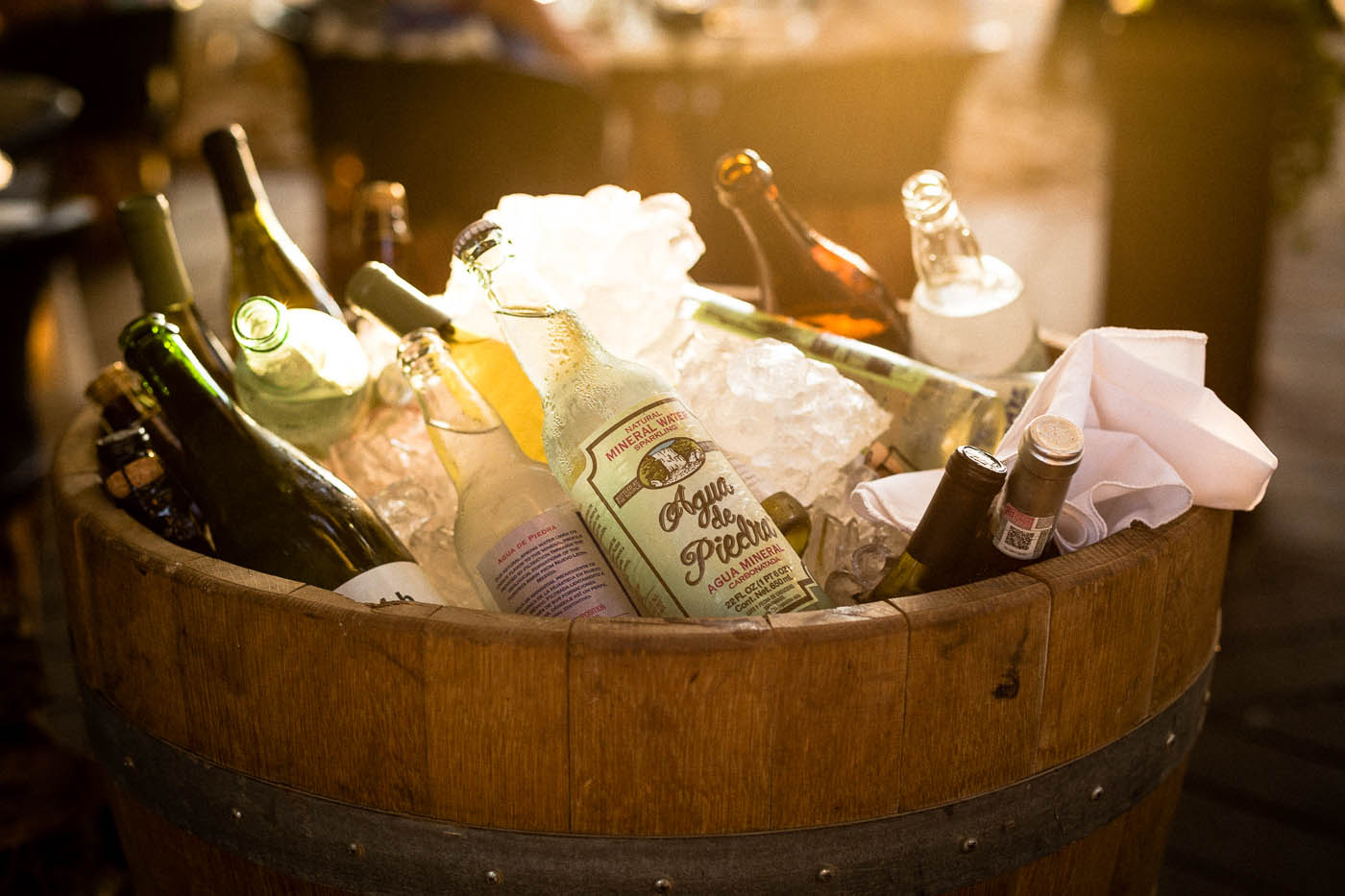 We were told that the menu was still being finalized as we arrived. This raised the excitement level for me, as I had no idea what to expect, other than a spectacular dining experience. The menu will change slightly nightly depending on the ingredients and inspiration Chef Javier has. 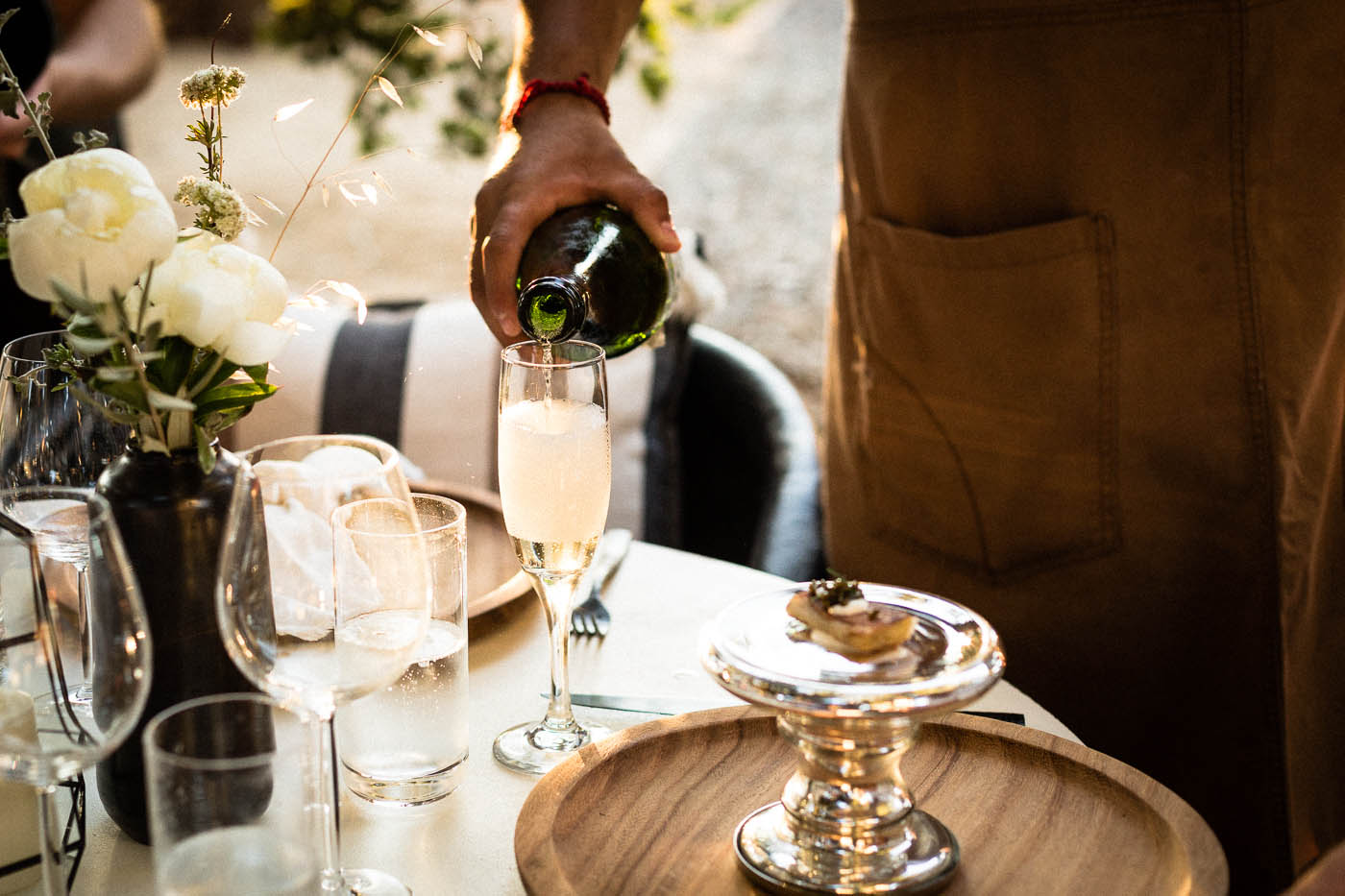 We indulged on two snacks, plus eight courses with local wine pairings with each. 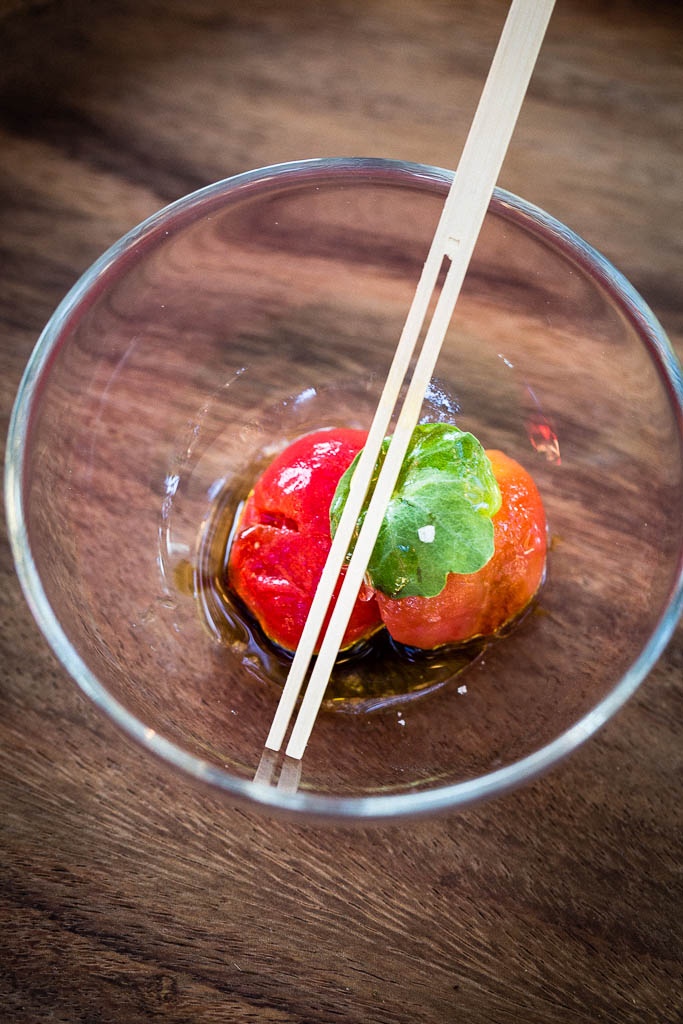 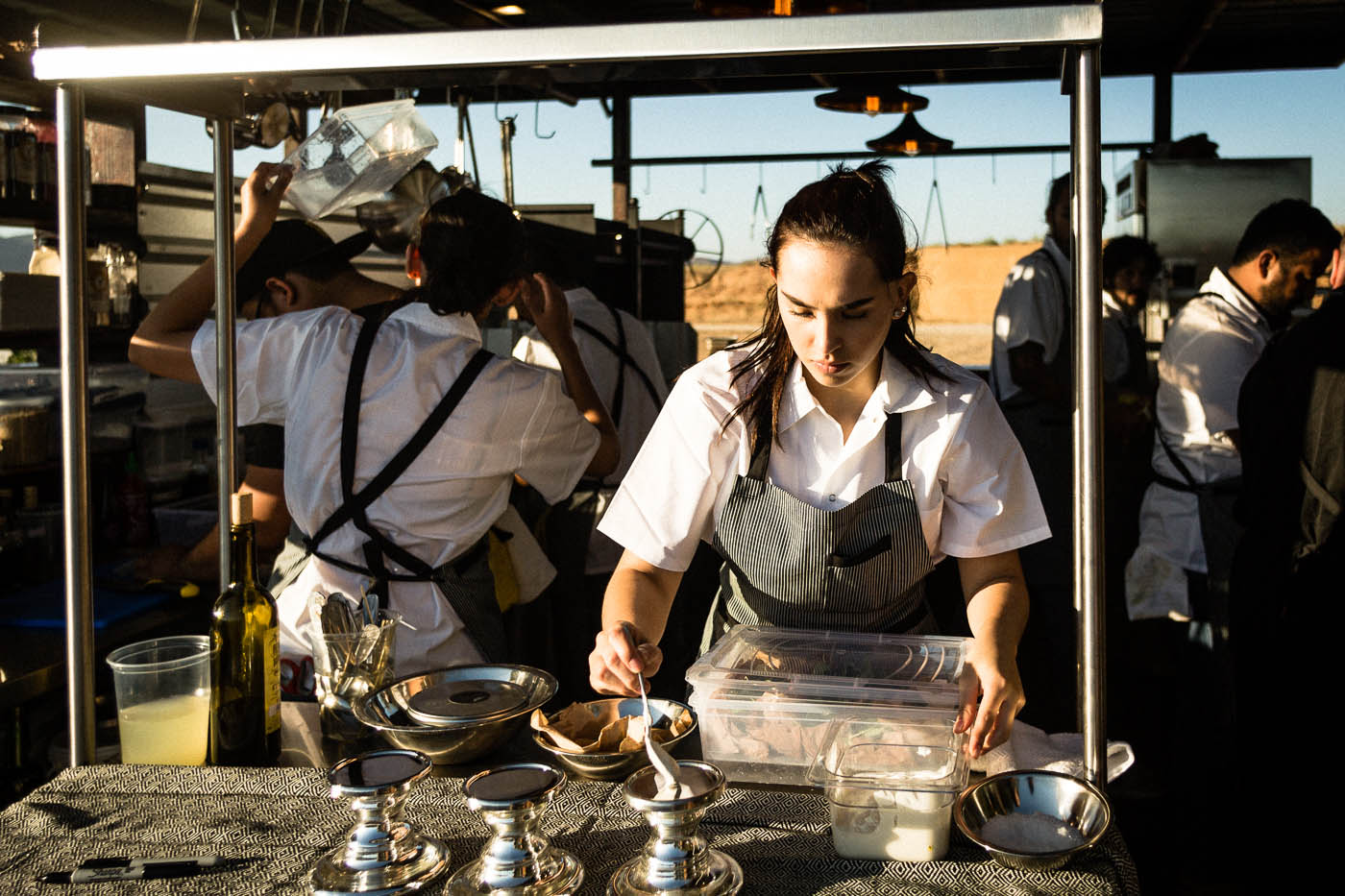 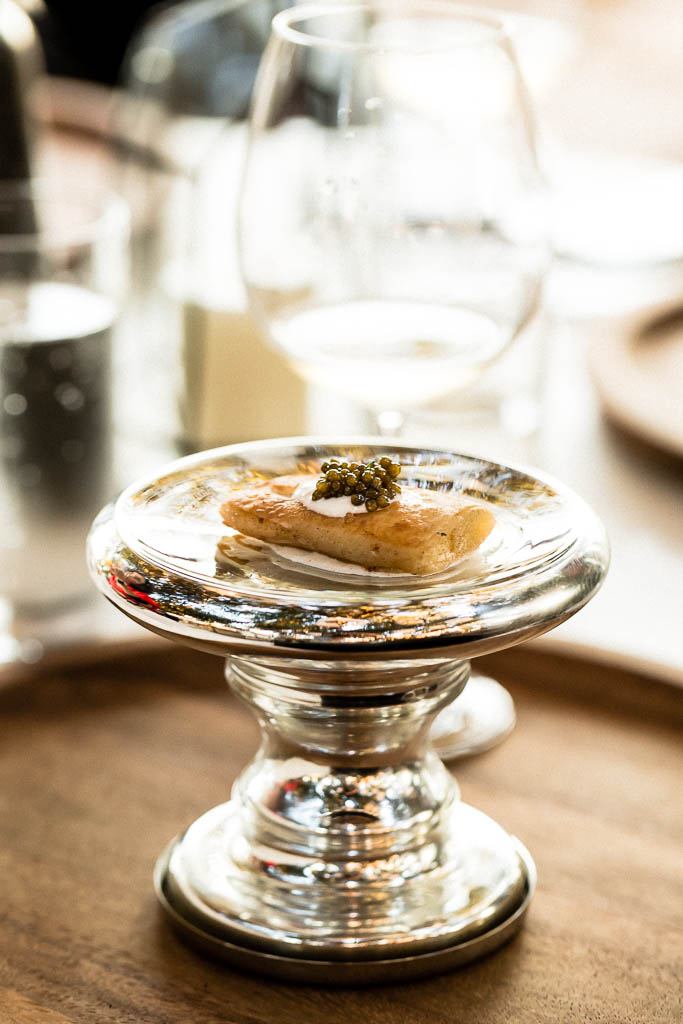 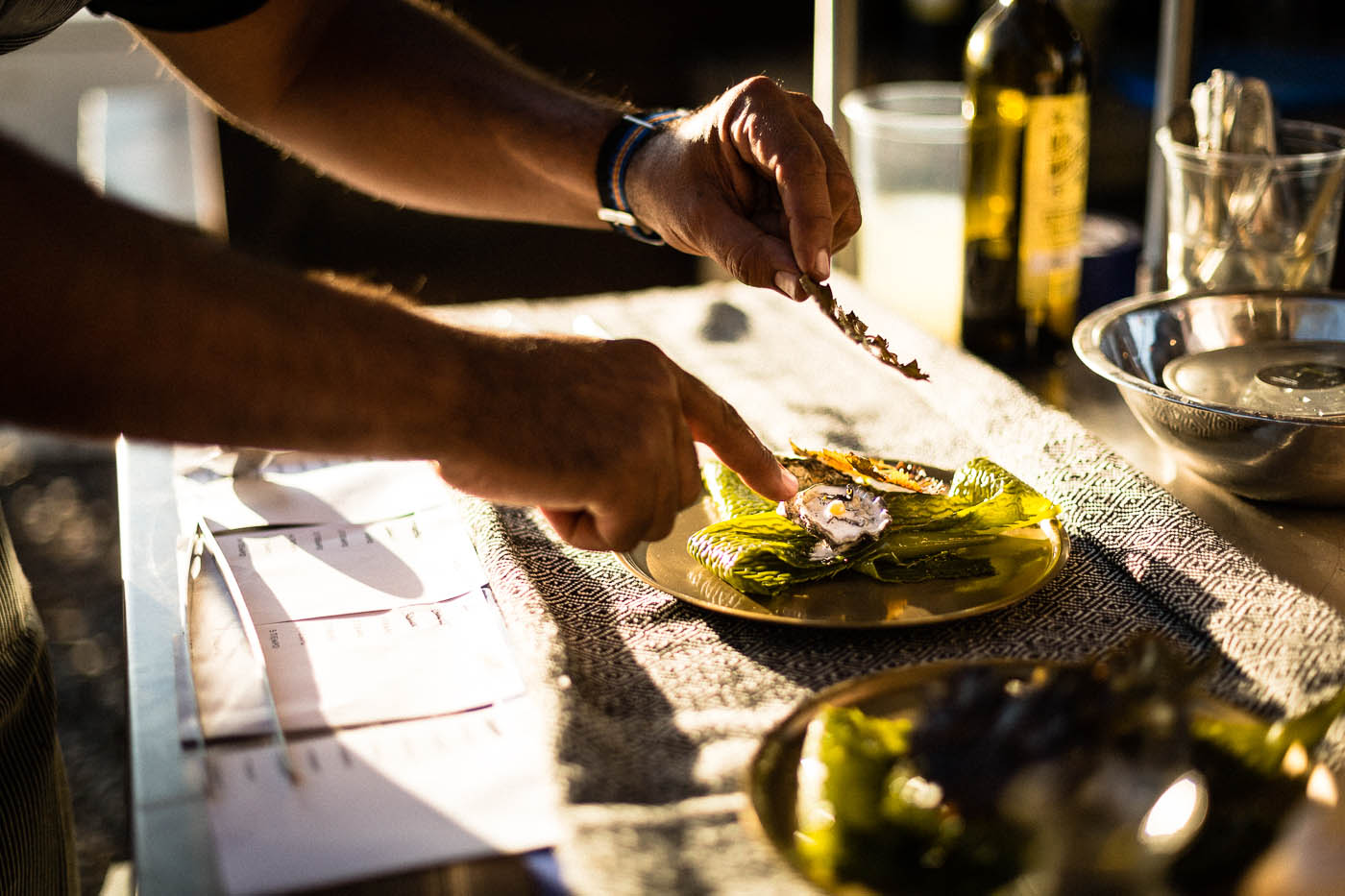 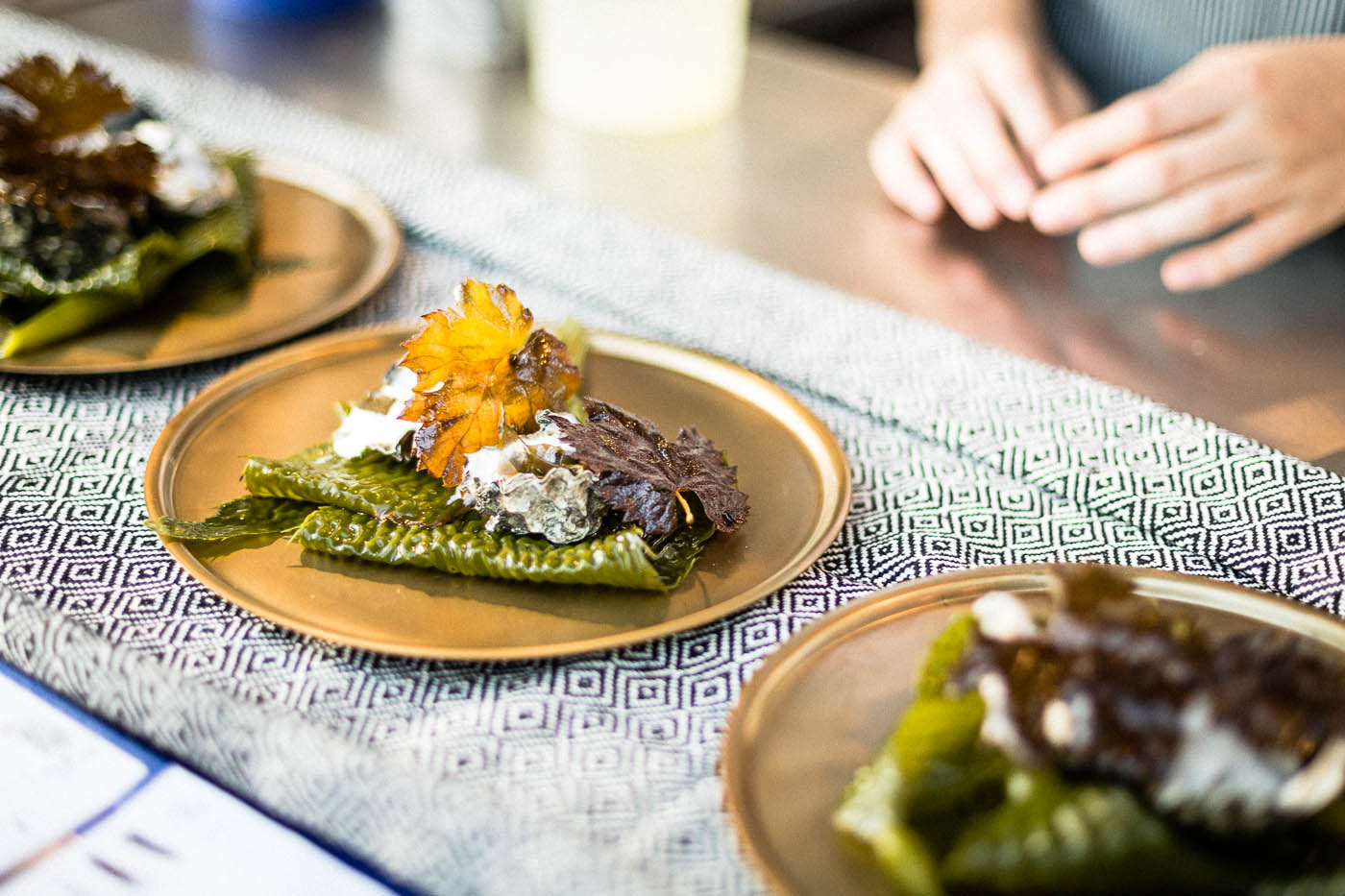 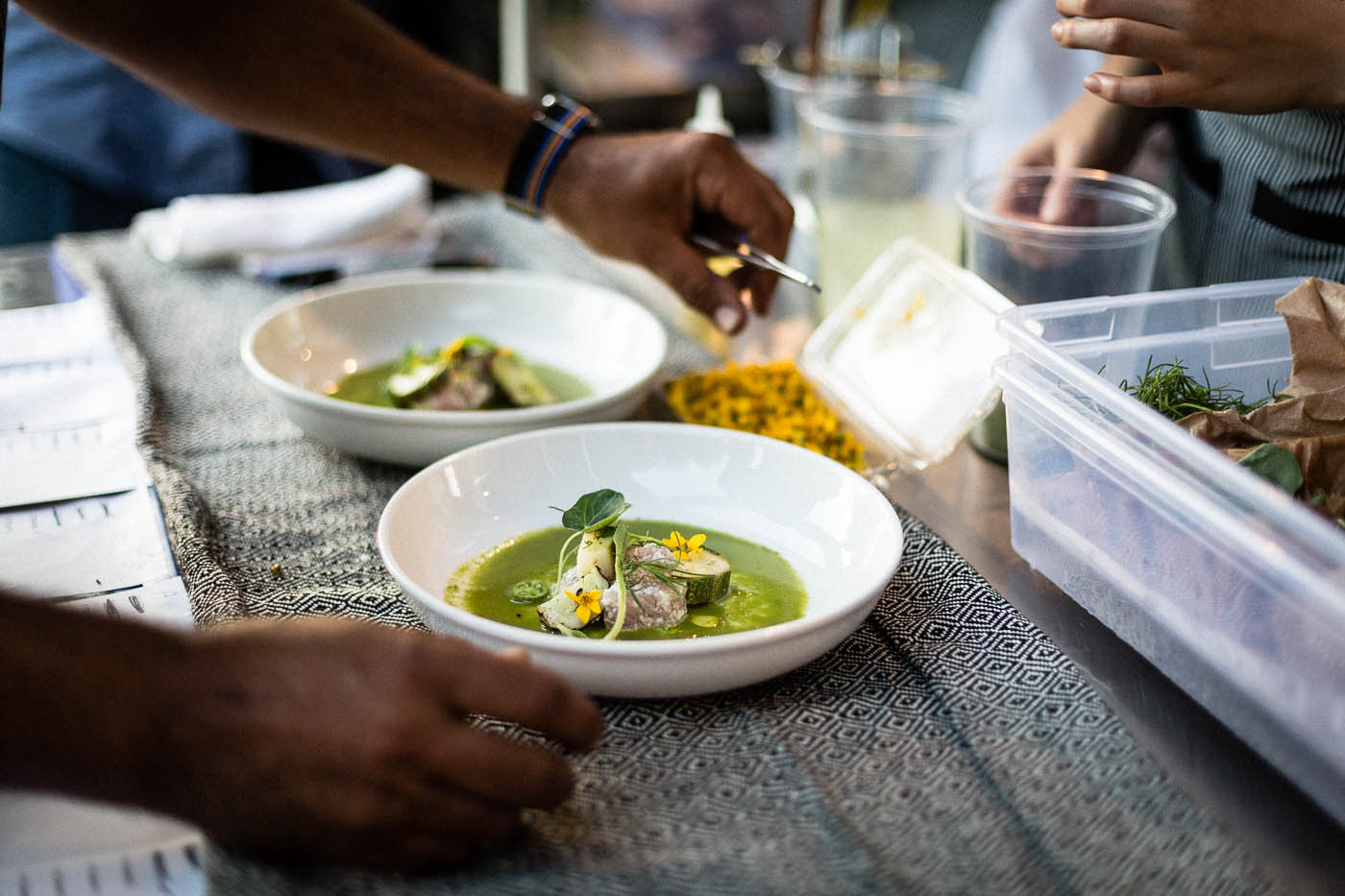 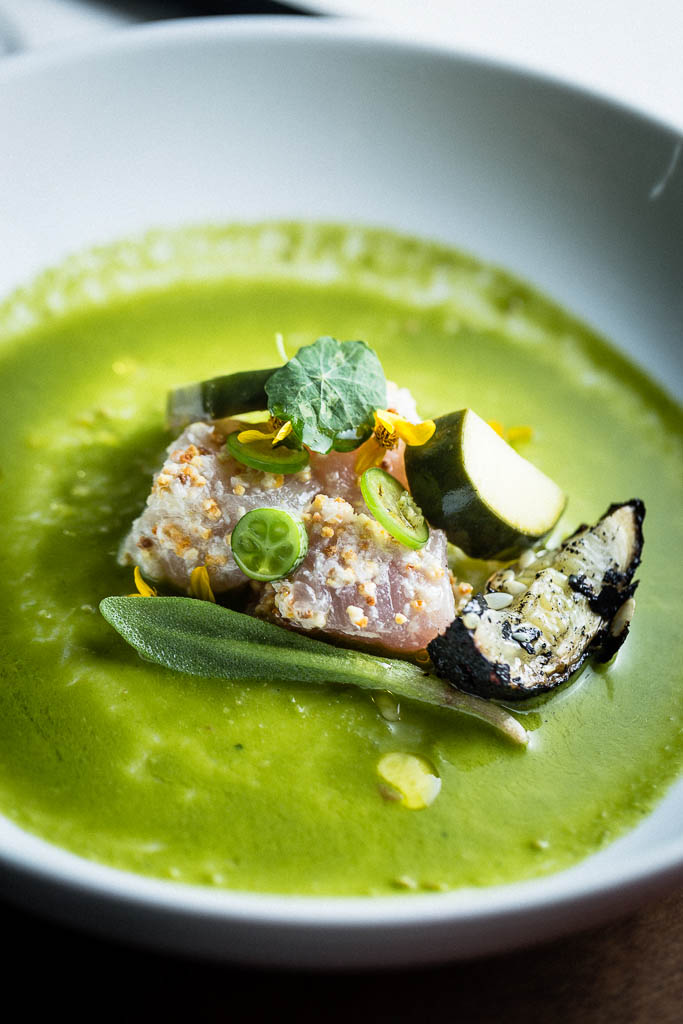 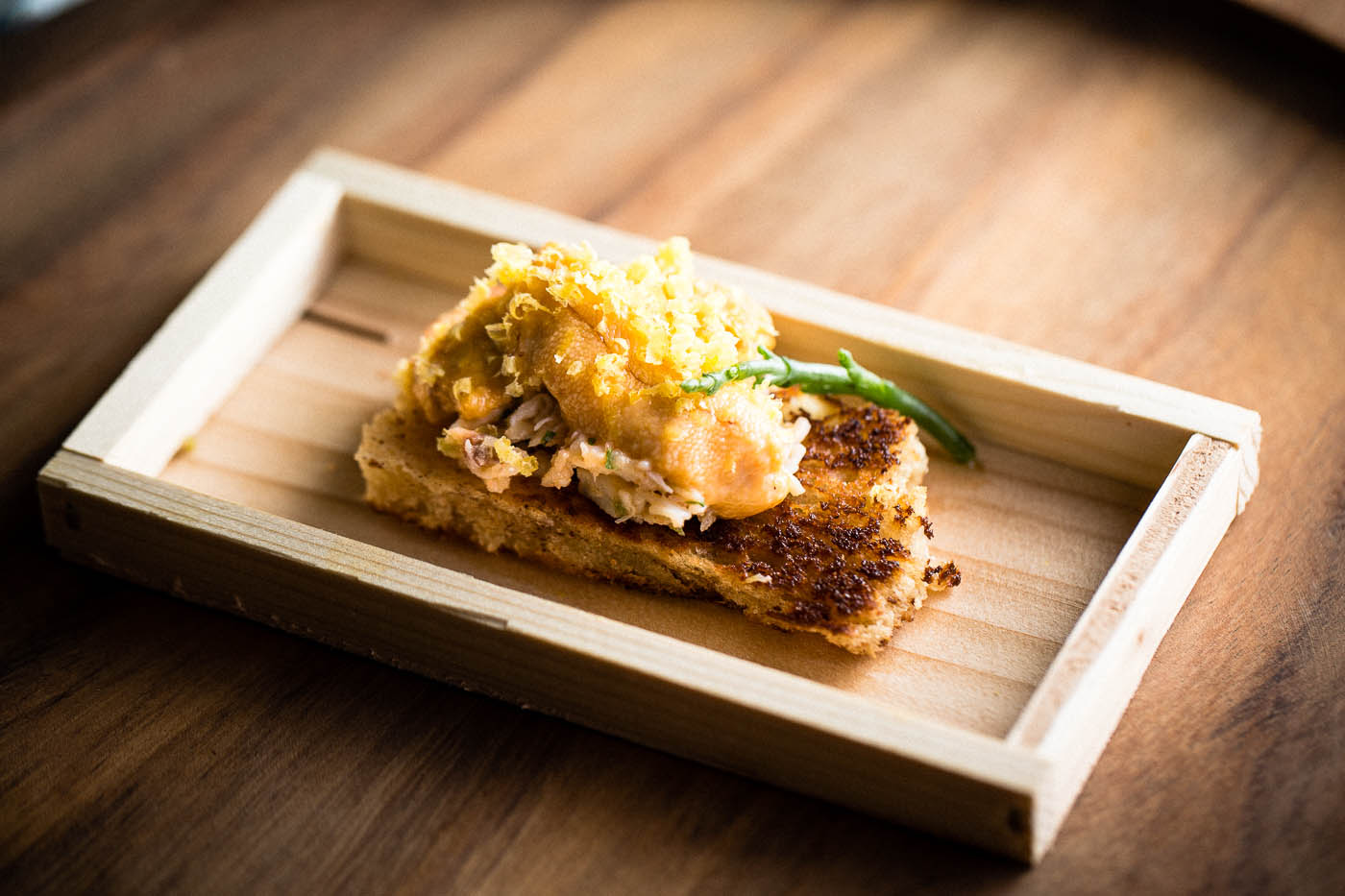 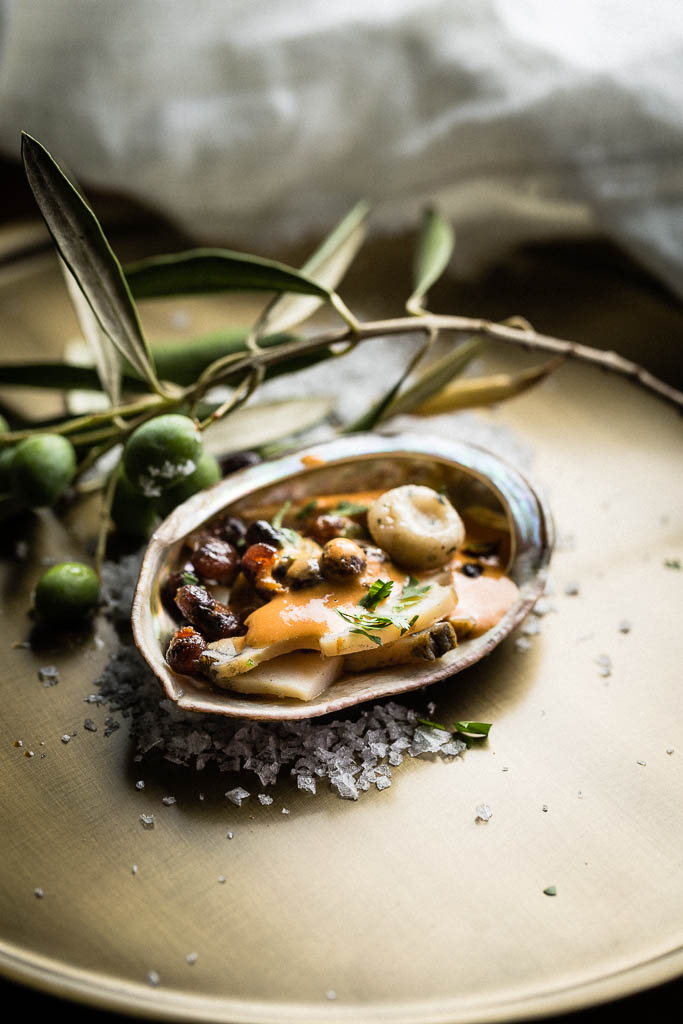 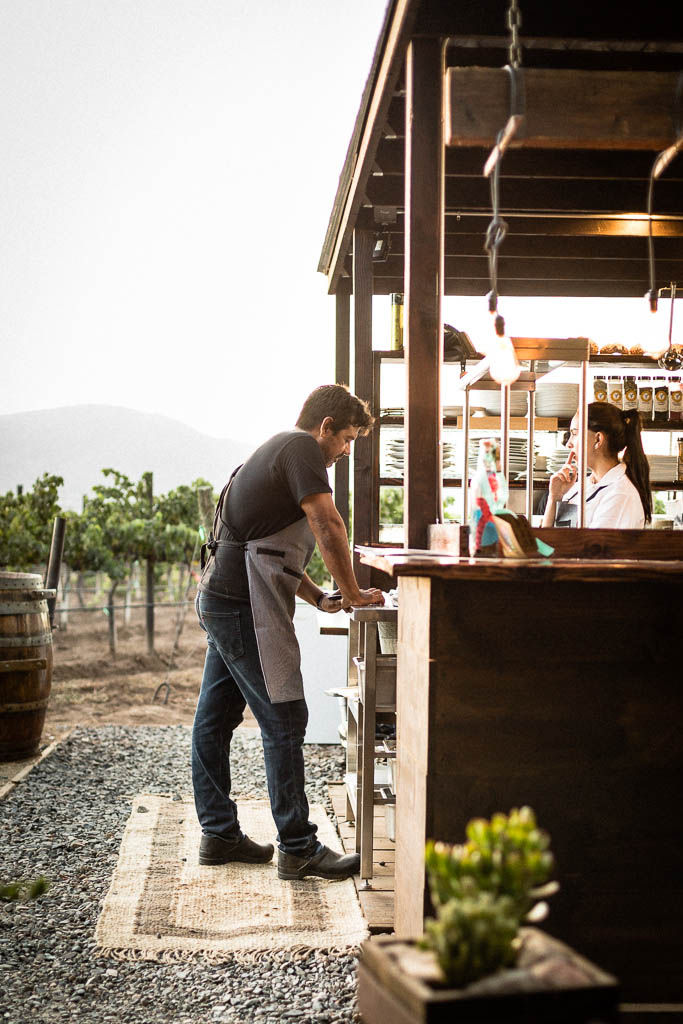 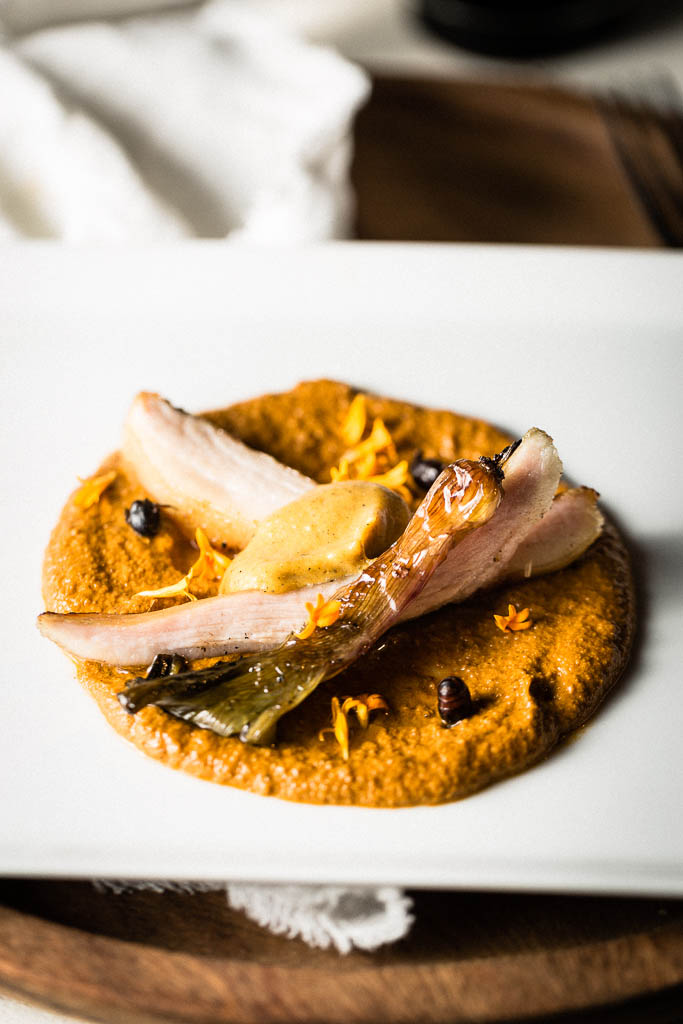 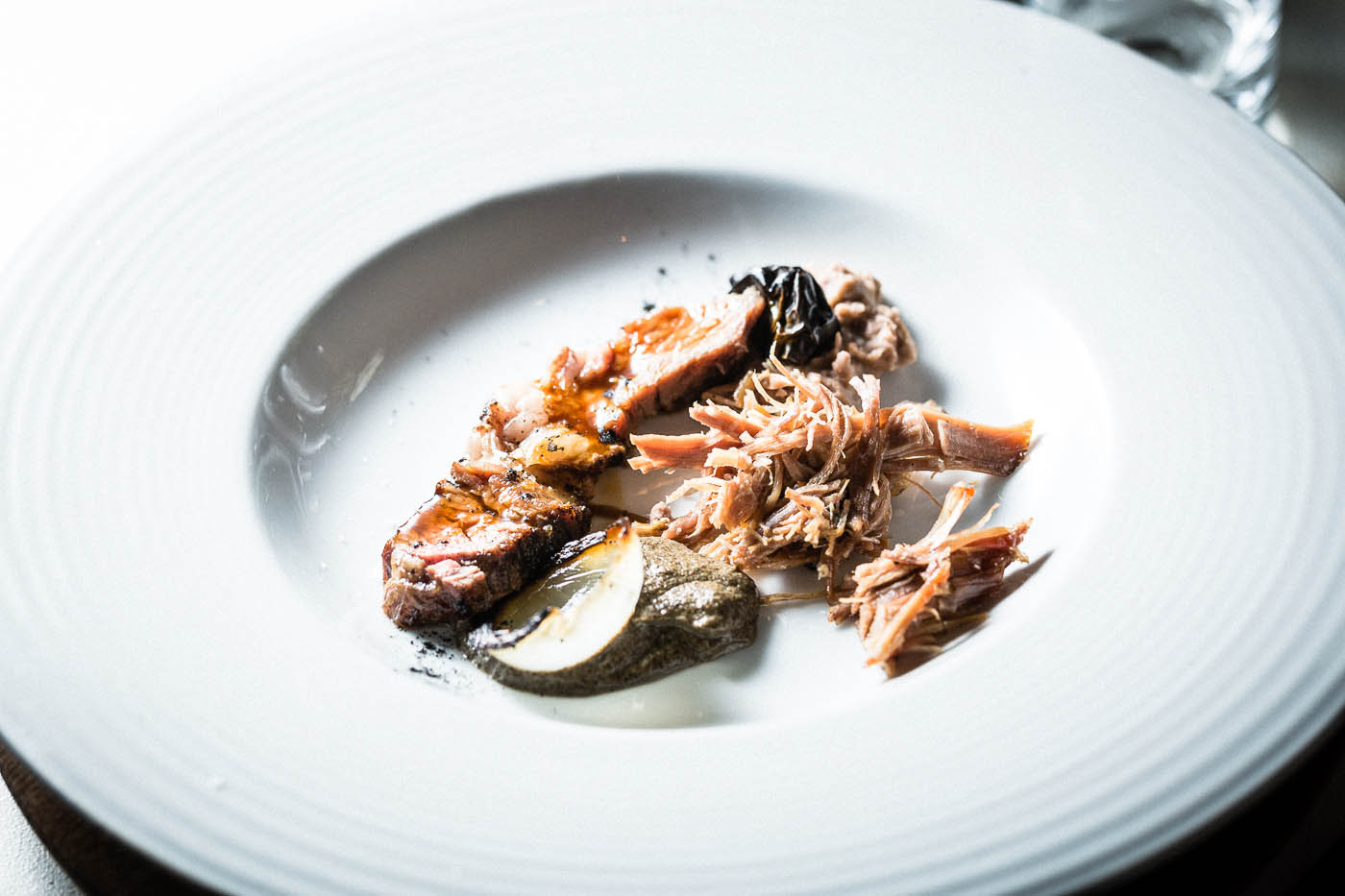 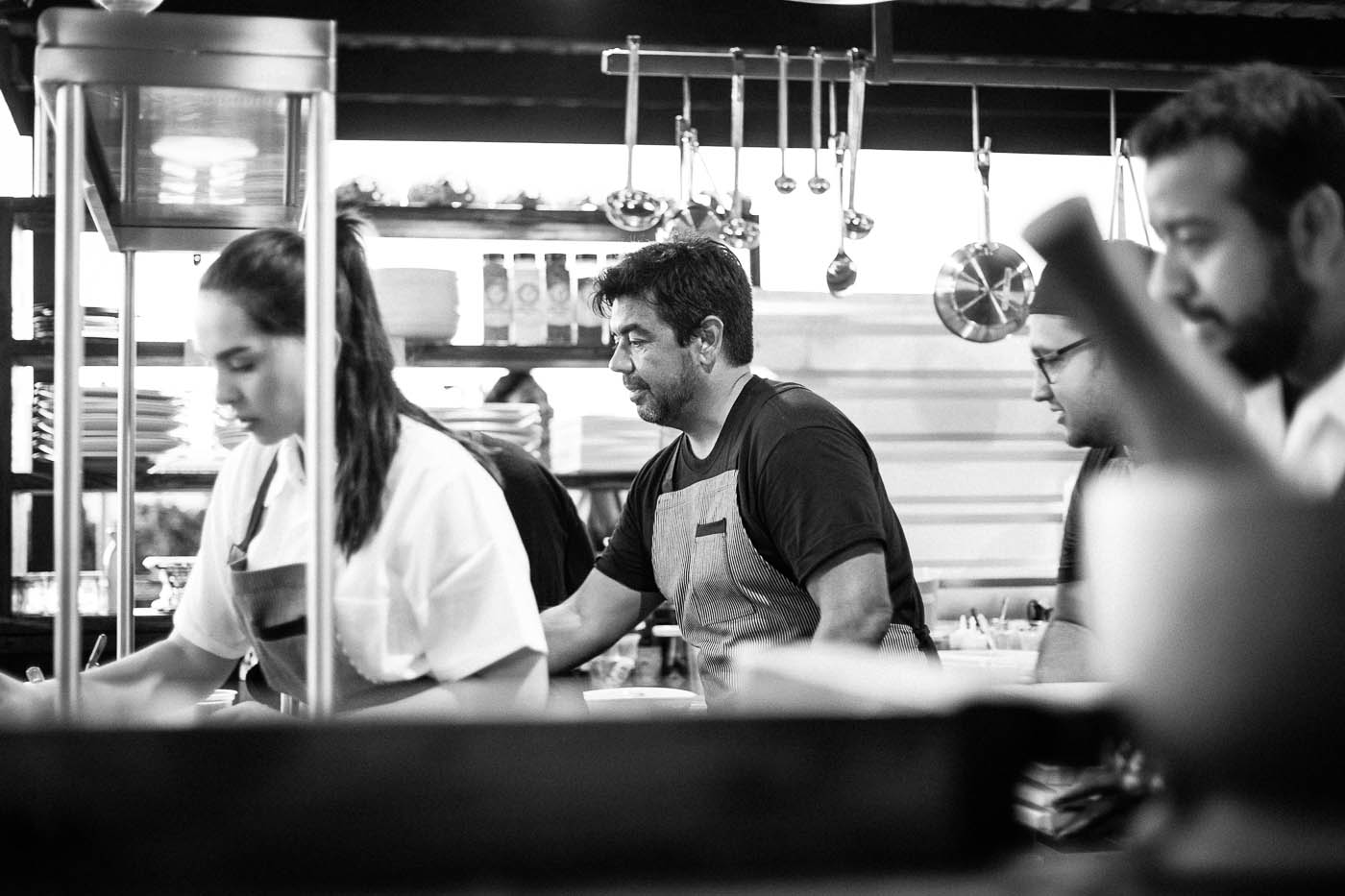 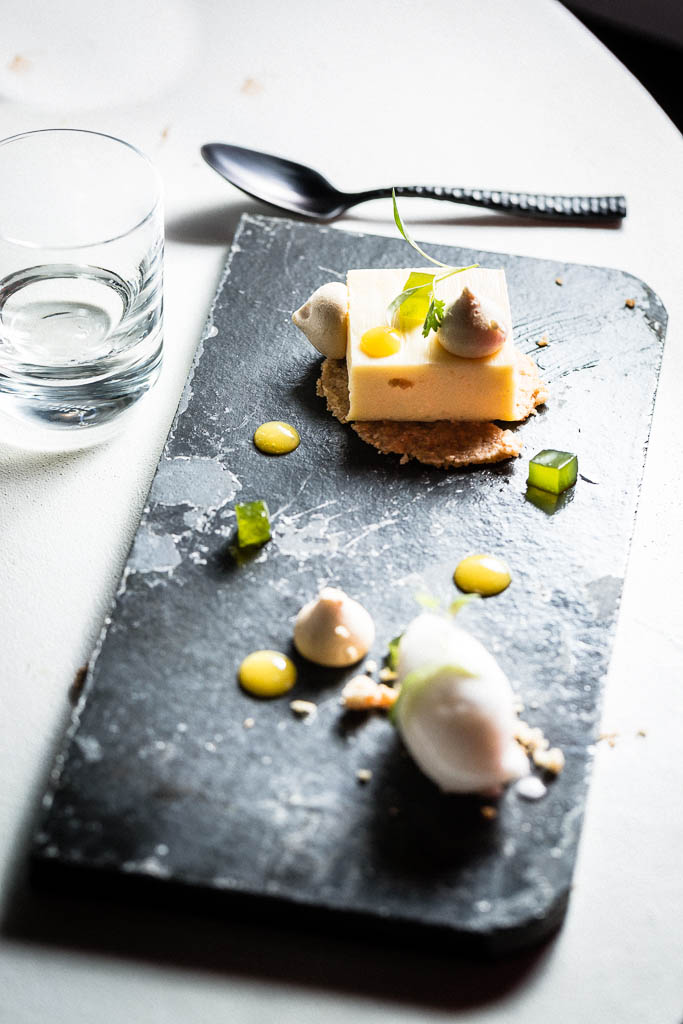 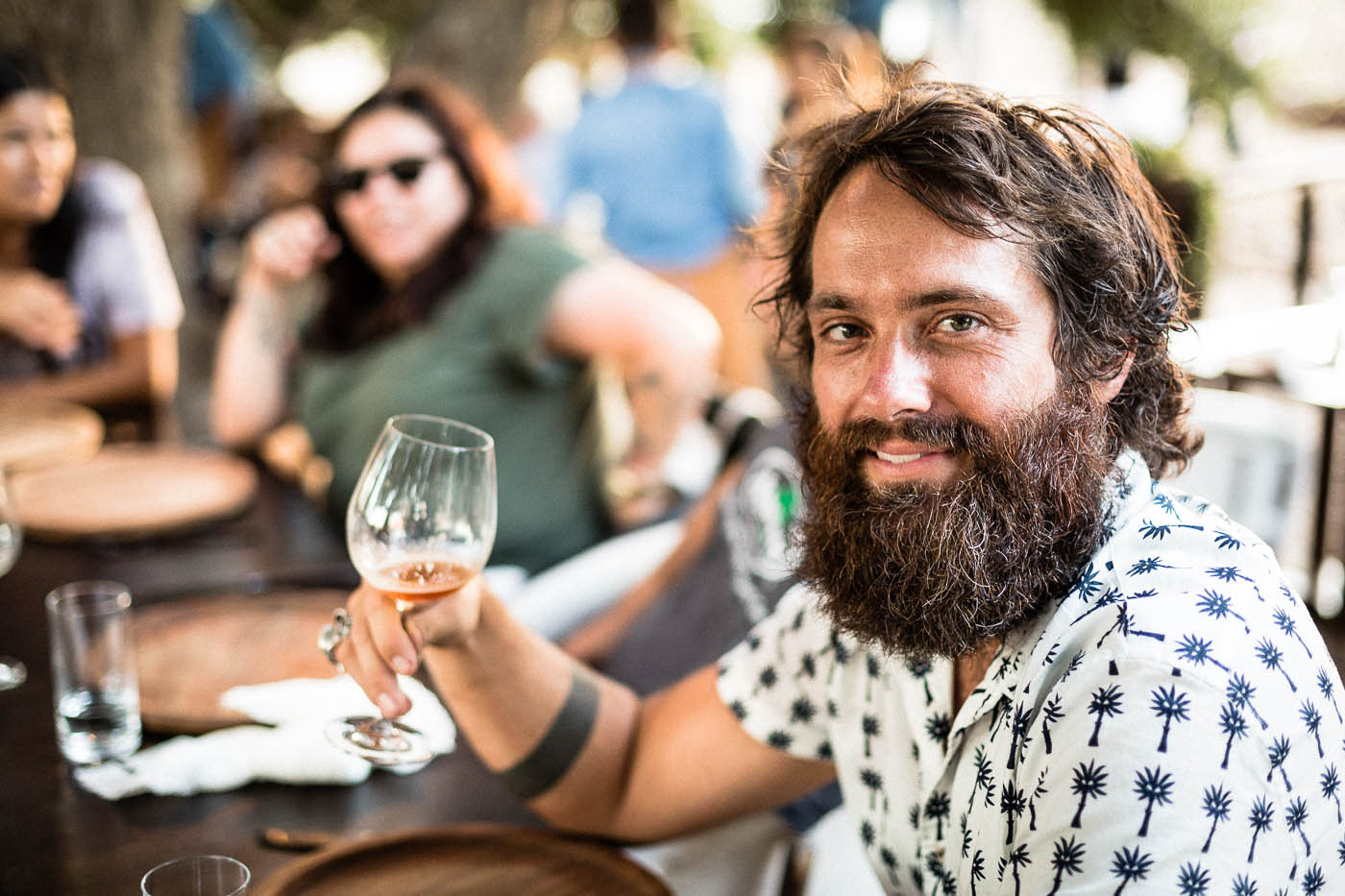 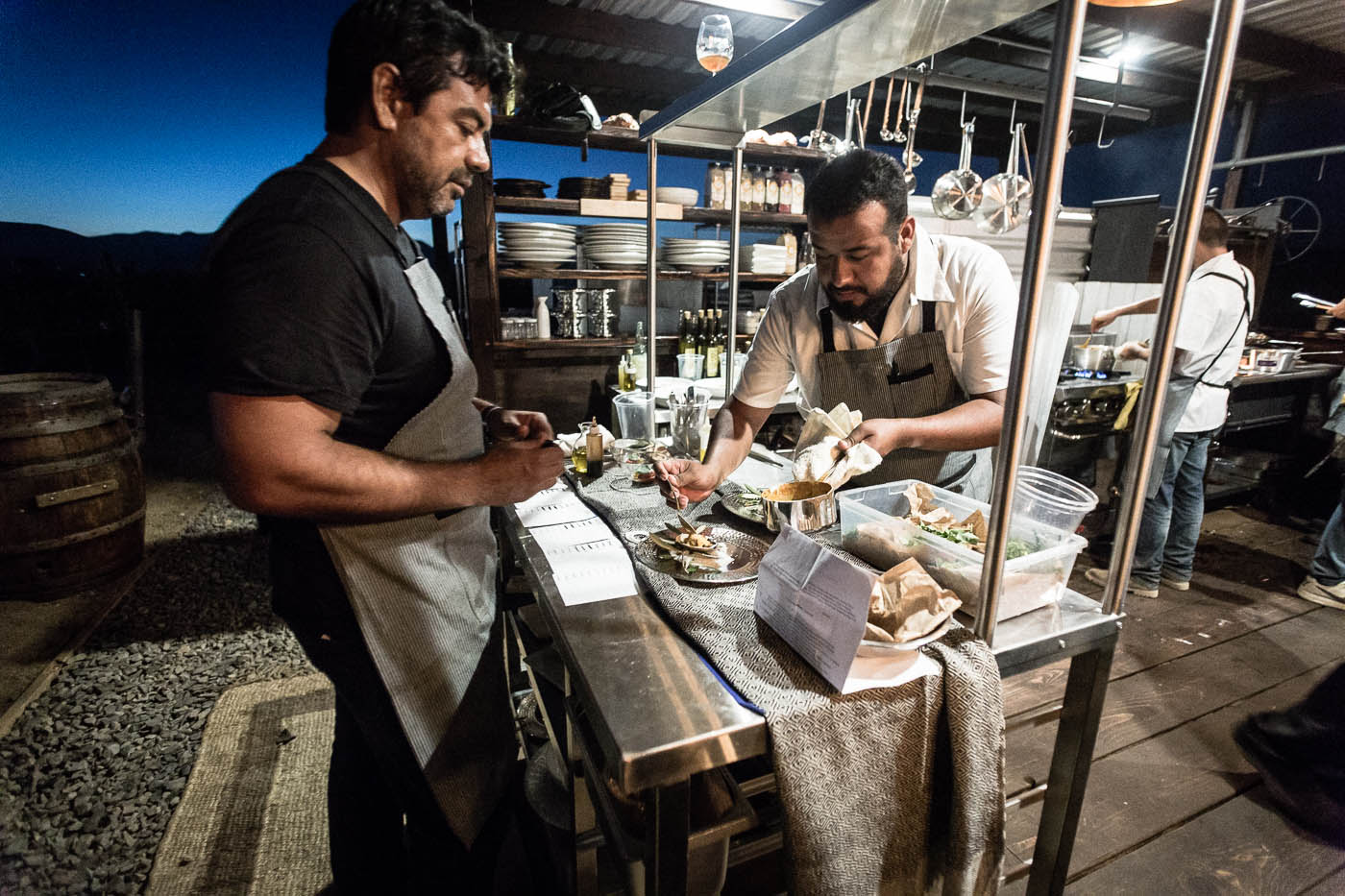 Animalón Baja runs through September 9th, 2017 on Thursday through Saturday nights. Get tickets and more information at AnimalonBaja.com.