Salt 101: Your Guide to the Essential Seasoning

Become an expert on seasoning and cooking with the essential ingredient. Everything you need to know but didn't even know to ask.
This post may contain affiliate links. Please read my Disclosure Policy. 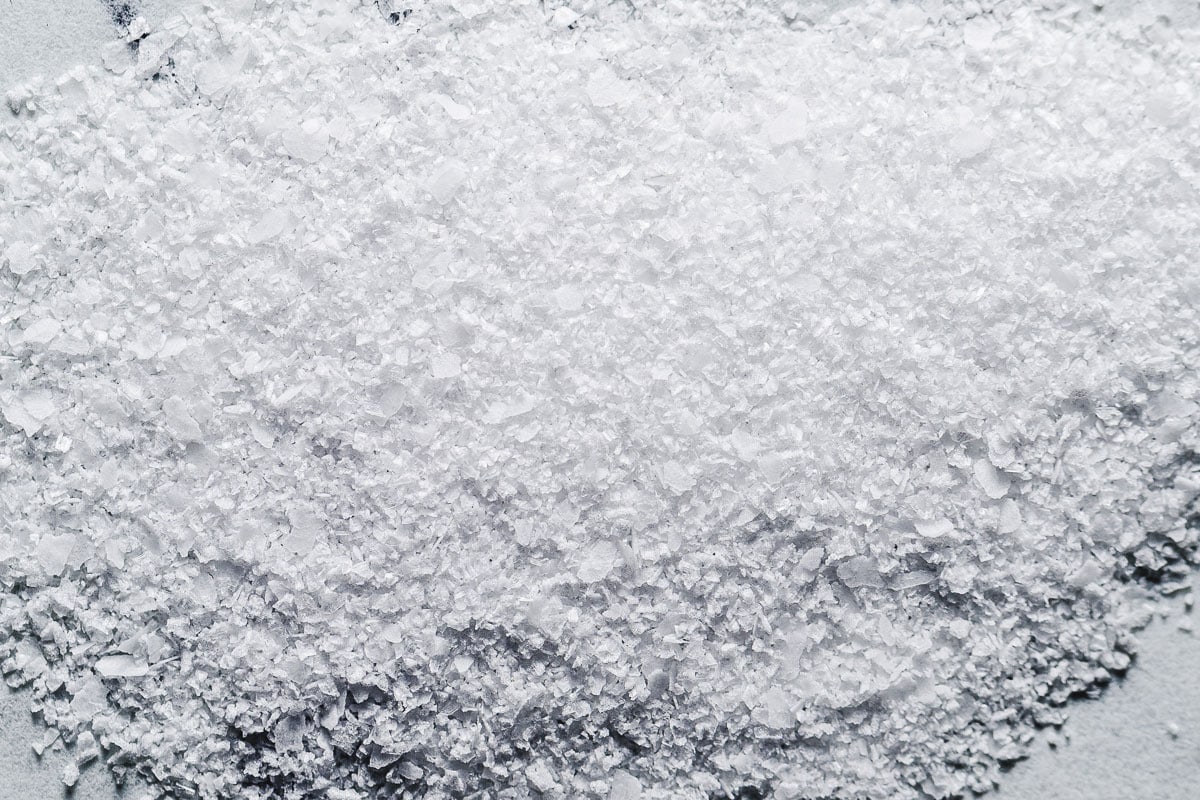 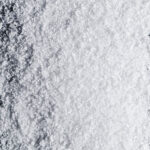 Salt is just about everything when it comes to cooking. It brings out the flavor of foods. It can elevate aromas. It can add texture. It suppresses bitterness, and balances sweetness and sour.

Amazingly, it can dry food out or increase its moisture. It's one of only five flavors our tongues can detect, and without it we couldn't survive, as our bodies need sodium to function.

Salt is just salt, except not quite. This is your guide to selecting the best salts for your cooking journey.

Table of Contents hide
1 What Is Salt, Exactly?
2 The Science of Salt and Food
3 Types of Salt (for Cooking)
4 What Salt Is Best?
5 Salt Conversions
6 When to Salt Your Food
7 How to Salt (The Actual Application)
8 How to Measure Your Salting Without Measuring
9 My Favorite Salt(s)
10 Favorite Salt Storage
11 Salt the Sweet!
12 Salt Your Cocktails
13 Books to Go Deeper
14 More Kitchen Tips

What Is Salt, Exactly?

Salt is sodium chloride (NaCl) and is either mined from salt deposits on land or made from evaporating mineral-rich water, usually seawater. In addition to seasoning and preserving food (which accounts for only 6% of salt use), salt has a wide variety of commercial and industrial uses, from de-icing roads to plastic production. Humans have engaged in commercial salt production for at least 8,000 years.

The Science of Salt and Food

Salt's most important job in the kitchen is to enhance food flavors. It does this in two ways: It changes both the food and the way we taste it. Salt draws moisture from inside the food, and in some cases even begins to break down the food, releasing subtle tastes and aromas that would otherwise be trapped inside. Then, when the salted food hits our tongue, the salt performs more magic. Salt has its own flavor, but it also suppresses bitter and sour flavors, while enhancing sweetness and umami.

Salt also is used to preserve and cure food. The dehydrating properties of salt combat bacteria that contribute to spoilage. Salt can also make meats juicier, through brining. When meat is placed in a salty brine solution, the salt is drawn into the meat, increasing its water content.

The FDA recommends people consume no more than 2,300mg of sodium daily, which is about 1 teaspoon of table salt. Americans consume about 3,400mg, which can lead to a host of bad health effects. It is important to note that most excess dietary sodium comes from processed foods, fast foods and inexpensive chain-restaurant foods; all of these types of low-quality foods contain preposterous amounts of salt in an effort to get them to taste good. By cooking meals at home, you're protecting your family's health, even when using salt.

Types of Salt (for Cooking)

While all salt is primarily sodium chloride, there are significant differences in how they taste and react in your food. The size and shape of the crystals make it taste more or less salty. And the presence of other minerals and compounds can alter the taste as well, for better or for worse. Adding even more confusion: Not all salts (even the same type) are created equal.

Kosher salt is the best all-around salt for cooking. The name comes from salt being used for curing, or "koshering" meat. It has light, coarse grains that adhere well to foods and a clean taste. The two main brands of kosher salt, Morton and Diamond Crystal, are both excellent choices, but they differ in their saltiness due to Morton having slightly finer crystals. So it's best to pick one and use that exclusively to ensure you're accustomed to the salt level.

Table salt has small uniform grains and tastes very salty. In my opinion, it doesn't belong on the table, for a variety of reasons. First, it must be used sparingly because it has more sodium by volume because of the small grain; it's too easy to over-salt a dish (1 teaspoon of table salt is twice as strong as 1 teaspoon of Diamond Crystal kosher salt). It also often contains iodine (iodized salt), which is added to improve health, but can impart a bitter flavor. You can't pick the salt up with your fingers. Just generally inferior to kosher salt for most food applications.

Best for: Salting water for pasta or blanching vegetables, making brines for meat, because it is very inexpensive and is very salty by volume.

Sea salt is made from dried seawater and has countless variations. Sea salt contains all the naturally occurring minerals and compounds found in seawater, and can vary in taste. So again, if you plan to use sea salt a lot, it's best to find one brand you like and stick with it. Maldon is a popular and generally available brand. The complex flavors of sea salt do not generally show up when used during cooking, so they are typically used for finishing only.

There are a few fancier breeds of sea salt:

Many salts are mined directly from underground deposits and are not usually food grade. The most common mined food variety is Himalayan pink salt, which has a high-mineral content, making for a lively color and a slightly richer taste.

Best for: This is a good substitute for table salt.

Not naturally occurring, smoked salts are simply made by cold smoking any type of salt to impart smoky flavors. Often called "black salt," they can also feature other spice flavors.

Best for: Only for a smoky finish or for adding a smoky flavor to foods that aren't smoked, such as oven-baked ribs.

Same as table salt but without the anti-caking additives. Just substitute kosher salt if you don't have pickling salt.

Best for: Use only for pickling, and really only useful if you do a LOT of preserving.

Curing salts are chemically different than food salt, containing nitrites and nitrates. They are used to cure and smoke meats.

Best for: They are used ONLY for curing and smoking meats.

What Salt Is Best?

The salt that is best is often a personal preference, and one that you always use, so you are most comfortable with it, know how it works, etc. You learn that salt like you learn how a specific car drives.

If you take nothing else away from this salt guide, please remember this: A teaspoon of one type of salt is not equal to a teaspoon of another. The texture, shape and mineral content make different salt varieties taste different. Salts that have a coarse texture will be less salty by volume because there is more air in between the crystals, thus less actual salt.

When to Salt Your Food

Generally, the best approach is to lightly season with salt in layers throughout the entire cooking process (salt as you go). This gives the salt time to dissipate through the food and allows for the full range of chemical reactions. So season early and often rather than a lot at the end. The result will be great-tasting food that doesn't taste salty.

Foods to Salt Long Before Cooking

Foods to season early include steaks and large cuts of meat. It takes time for the salt to penetrate through the surface and to the center of the meat, to draw the moisture out, and then allow it to seep back in. In fact, I've become a fan of salting steaks like ribeye 24 to 48 hours before cooking.

The same goes for brining poultry. The longer the better (up to 24 hours).

Foods to Salt Right Before Cooking

Seafood is a good example of a food that can be salted right before cooking, as it is generally high in moisture and only needs the surface flavoring.

If you forgot to salt your steak long before you cook it, you can salt it just prior to tossing it on the grill. But avoid salting steak only 20 minutes or less before grilling, as the salt will draw out the moisture, but the steak will not have time to reabsorb it. This causes steam when it contacts heat rather than the desired Maillard reaction that sears the meat.

Foods to Salt While Cooking

Pretty much every dish cooked in water or as a liquid benefits from salt throughout the process. Pasta water should be salted with 2 tablespoons of Diamond kosher salt for 4 quarts of water and 1 pound of dry pasta.

It is similar for rice and potatoes. Since these foods absorb water and we can season the water with salt, that is how to get the seasoning into the ingredient.

Soups, stews and sauces benefit greatly from light salt added throughout the cooking process; in this way you can taste as you go and not oversalt.

Foods to Salt After Cooking

Any dish that wants, needs or deserves a pop of finishing salt for flavor and texture gets salted after. Whether a steak or a chocolate caramel, choose the right finishing salt and have a light touch.

How to Salt (The Actual Application)

Use your fingers. Use your hands. Don't use a shaker, since you'll have almost no idea how much just poured out. It's all about practice to learn how to season food properly and nothing is better than feeling amounts with your hands.

Sprinkle from a distance. 6 to 12" above will give even dispersal. Having one area salted and another bare isn't as good as even coverage throughout.

Taste as you go. This is how you know when to salt and when it is "right." If you just salt and don't taste, it's a guessing game that can end up bad.

How to Measure Your Salting Without Measuring

1 pinch of salt = somewhere between 1/16 and ⅛ of a teaspoon. It's debated and in general, is not a good way to translate a measurement in a recipe.

Your "pinch of salt" is different from mine. How many fingers did you use? Everyone's hands are different. Test a 2, 3, 4 and a 5 finger pinch with your preferred salt. Write down the amount for each and now you know how to measure with your own pinches.

If you know your pinch, you can easily measure your salt if always using the same kind of salt. When you know how much you are putting in and combine that with frequent tasting, you will be a seasoning pro in no time.

Okay, so I really like to salt. It's fun, it's more often than not the answer to your food's flavor issue and it just makes everything better... until it doesn't.

Since I love salt, I turn to Diamond Crystal Kosher Salt every time. It is less salty, so you can salt more without salting too much. This is a huge benefit, right?

The texture is easy to grab in a pinch. It doesn't stick to your fingers, and it dissolves easily.

Your main salt should be easily accessible within an arm's reach from wherever you are cooking (or eating for that matter). It should be easy to reach your entire hand into without any claustrophobia kicking in. It's also nice to have a lid that is easy to open and doesn't get lost. That's where one of these little salt cellars comes in. This one is only $13 from Crate & Barrel and works great - Acacia Salt Cellar.

Sweet loves salt, and don't be afraid to do it more often. Whether it is rich dark chocolate or sweet caramel... these flavors benefit from a little salt. The texture can be better, too!

More than just for a margarita or a salty dog, salt can enhance most cocktails. Just a pinch can elevate and benefit a delicious and refreshing negroni. Try it out in your favorite cocktail.