Flap steak (similar to flank or skirt steak) marinated in shallot, garlic and rosemary then grilled to perfection. A low-end cut with high-end flavor.
This post may contain affiliate links. Please read my Disclosure Policy.
Jump to Recipe 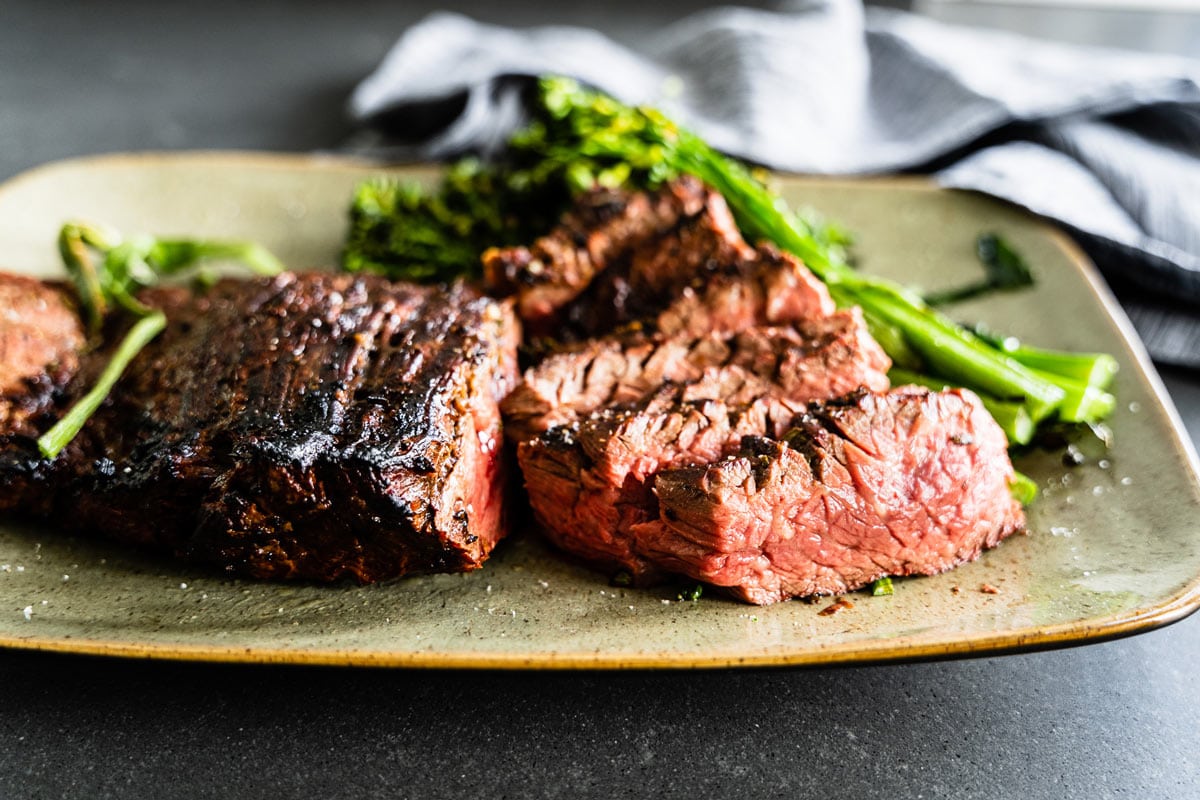 High-quality meats cost a lot, so I'll often go for one of the cheaper cuts and eat it over a few days. This particular cheaper cut is called flap steak. You might not have heard of flap meat, but this is a hidden gem you definitely want to try.

I'm not always a fan of marinating a steak. The reason that you buy an expensive high-quality steak to be able to taste that wonderful beef flavor. However, certain cuts (e.g., flap, flank, hanger, and tri tip) are perfect candidates for taking on a flavorful marinade that helps tenderize them at the same time.

What Is Flap Steak and Is It Tender?

Flap meat comes from the "short sirloin" section in the belly of the cow. Flap is usually a long, narrow cut, with excellent marbling. It's cheap, it cooks quickly, it has great flavor and has so many uses! Flap steak gets even better the next day after cooking when all the flavors meld together even further.

It's not a particularly tender cut of meat, with long muscle fibers. But that makes it the perfect cut to marinate, slice and enjoy in so many ways.

Just because a cut of meat is tough, doesn't mean every bite can't be deliciously tender. Here are a few ways to help make it flap steak nice and tender.

For this recipe, we're basically doing everything except the tenderizer, although olive oil is slightly acidic and will help tenderize very slightly.

The Marinade: Shallot, Garlic and Rosemary

This marinade is the secret weapon for this steak recipe. It tenderizes and adds a flavor that complements the beef. This particular recipe makes a paste, rather than a liquid. If you already have your own go-to marinade, feel free to experiment and add whatever ingredients you like, or remove what you don't.

Simply combine the shallots, garlic, rosemary, red pepper flakes, salt and pepper. You can use a food processor to make a purée or use a hand immersion blender so it wasn't quite as smooth, which is totally fine. Just know that the rosemary doesn't get as chopped and the flavor will be more subtle, which isn't a bad thing.

How Long to Marinate Steak?

Grill one big steak and make six delicious and unique meals out of it. 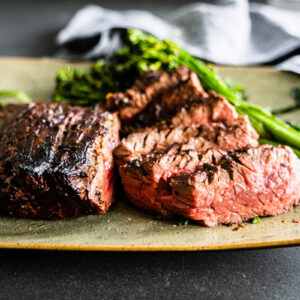 This recipe was originally published December 4, 2020. It was last updated December 2, 2022 with useful information.