Crispy and oh so flavorful on the outside; light, fluffy and buttery on the inside. Duck fat fried potatoes are everything we love about a perfect potato bite.
This post may contain affiliate links. Please read my Disclosure Policy.
Jump to Recipe 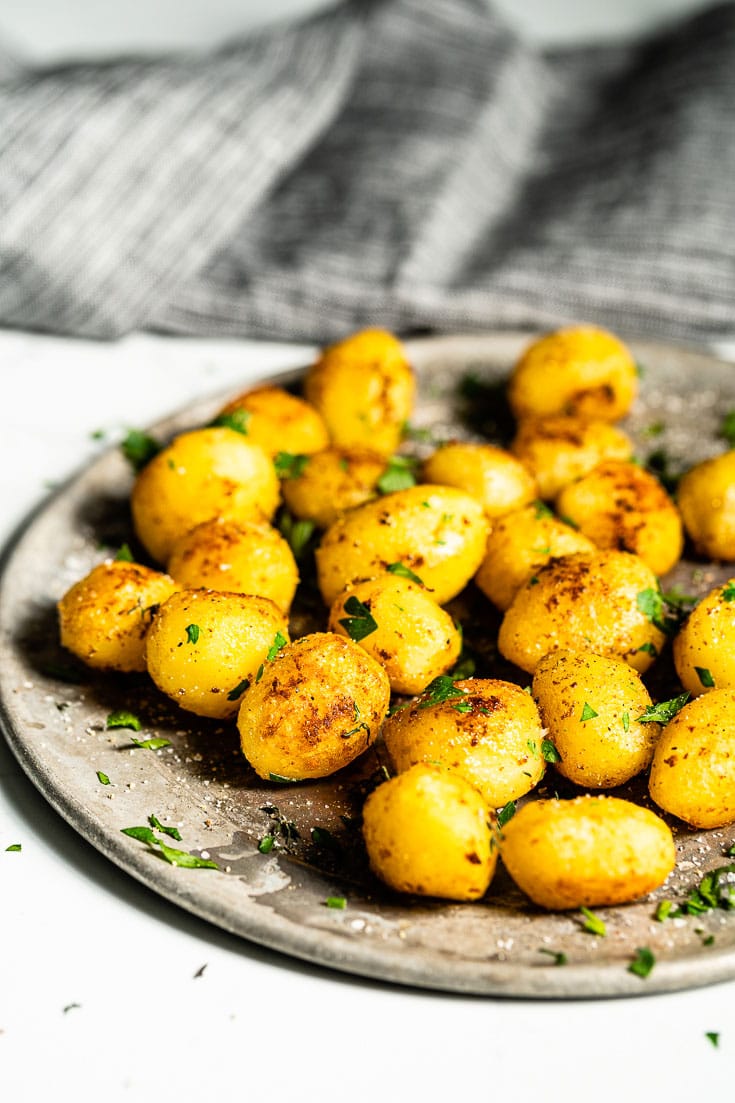 When you eat duck, eat duck fat fried potatoes because you already have the duck fat and the hot skillet.

Where to Find Duck Fat?

Duck Fat is available to buy on Amazon (affiliate), Whole Foods and many specialty stores like D'Artagnan, and almost always at Whole Foods. However, you can easily make your own duck fat either when you buy a whole duck or even when you cook duck breasts.

How to Make Duck Fat Potatoes

Par Boiled and Pan-Fried - The way I do it most of the time. It's how I learned in a french restaurant. They would parboil the potatoes and then finish them in a hot skillet with duck fat a la minute for the duck dish of the season.

What to Pair with the Potatoes

Pairing duck fat fried potatoes with duck is the pretty obvious choice. Especially perfectly seared duck breasts. Not only were they just made for each other, but you can just saute the potatoes up in the duck fat that was rendered from the duck. But really, duck fat fried potatoes go with just about anything from a burger to a steak to poached eggs.

They would even be amazing as an appetizer with a homemade aioli to dip in. 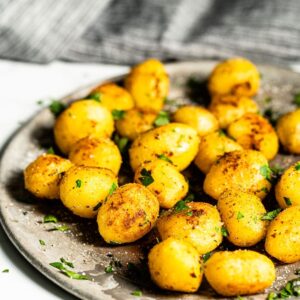