This German potato salad is packed with flavor from the smoky bacon to the finish of the fresh green onions. It's about creating a balance between the creamy potatoes, rich bacon and the tangy dressing.
This post may contain affiliate links. Please read my Disclosure Policy.
Jump to Recipe

Oh potato salad. You have so much potential, but your over-sweet mayo based version can give you a bad reputation. The version of potato salad I have been making since I first started cooking (which was inspired by what my dad used to make) is more of the southern German style. I'd definitely say that potato salad is where the German's got it right.

Is this authentic German potato salad? Well, I've never actually been to Germany to find out, but this is how I think it should be. 🙂 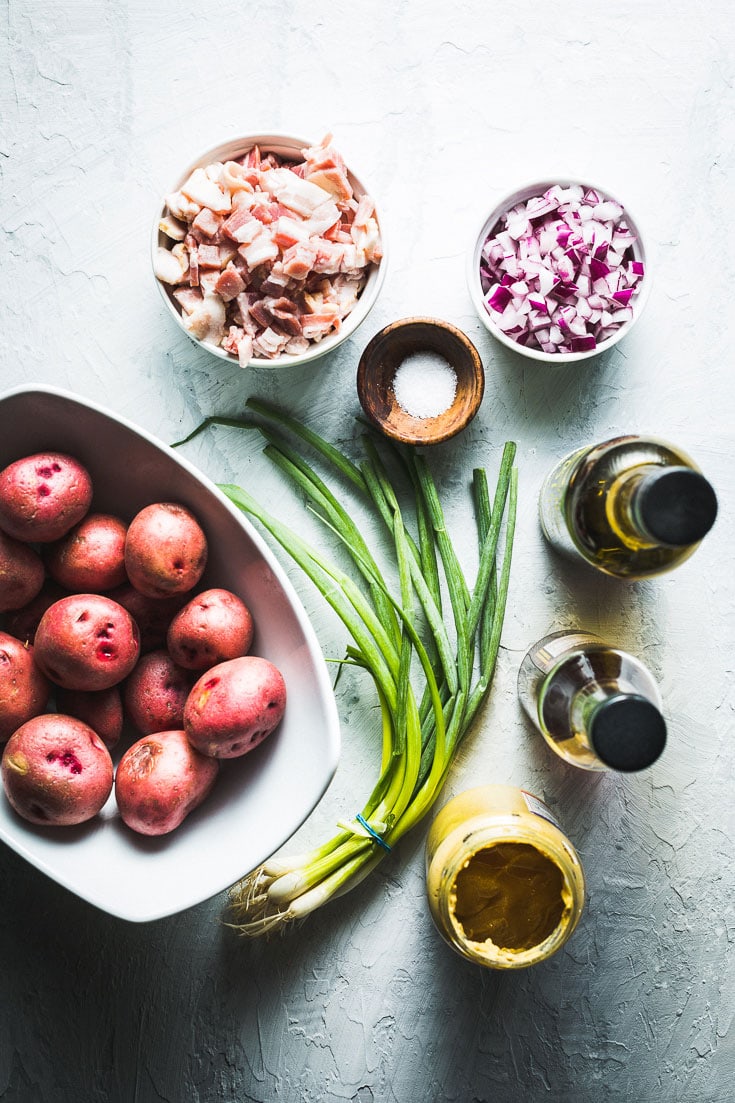 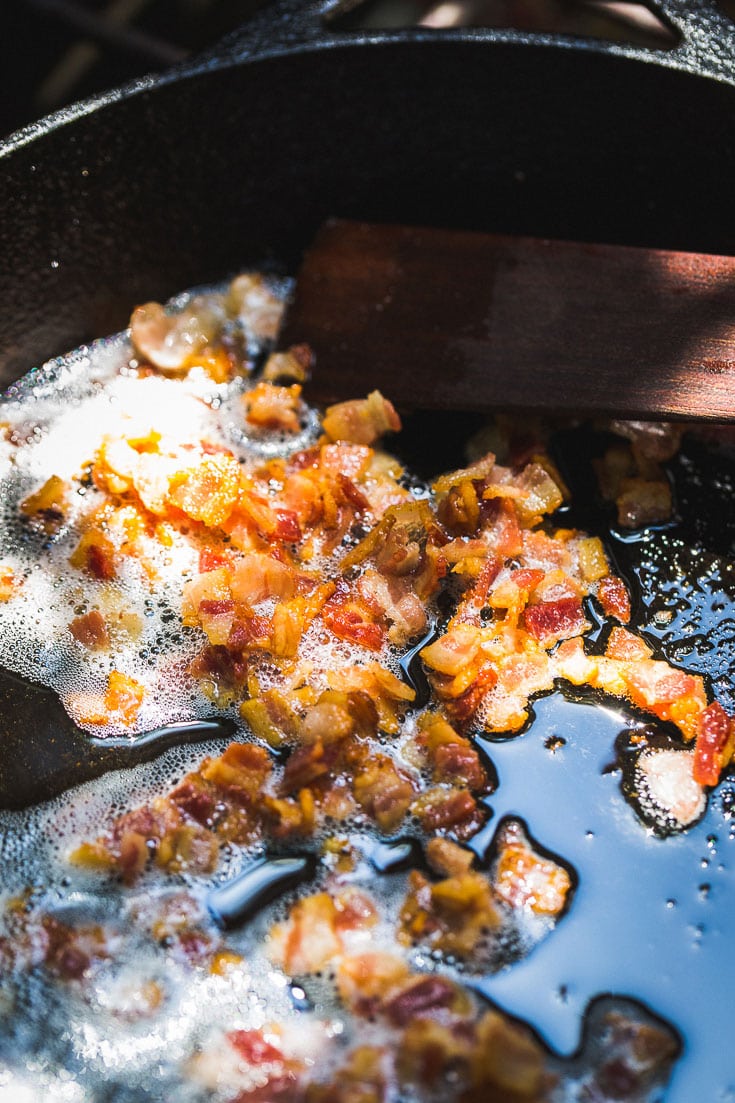 The bacon and the potatoes can be cooked simultaneously. Once the bacon is crisped in a skillet, use a slotted spoon to remove it and all but 3 tablespoons of the grease. Be careful not to get the pan too hot when cooking the diced bacon, or it can easily burn.

Quality bacon is always super important, and this recipe is no exception. Thick cut bacon that has been smoked is a must. If the bacon is sliced thin and doesn't have much flavor, it will be hidden behind the other flavors and there won't be much point to it being there. The bacon adds a wonderful smoky richness that pairs perfectly with the other flavors.

It is possible to make this recipe without bacon. If you do omit the bacon, you will probably want to add more olive oil and seasoning. 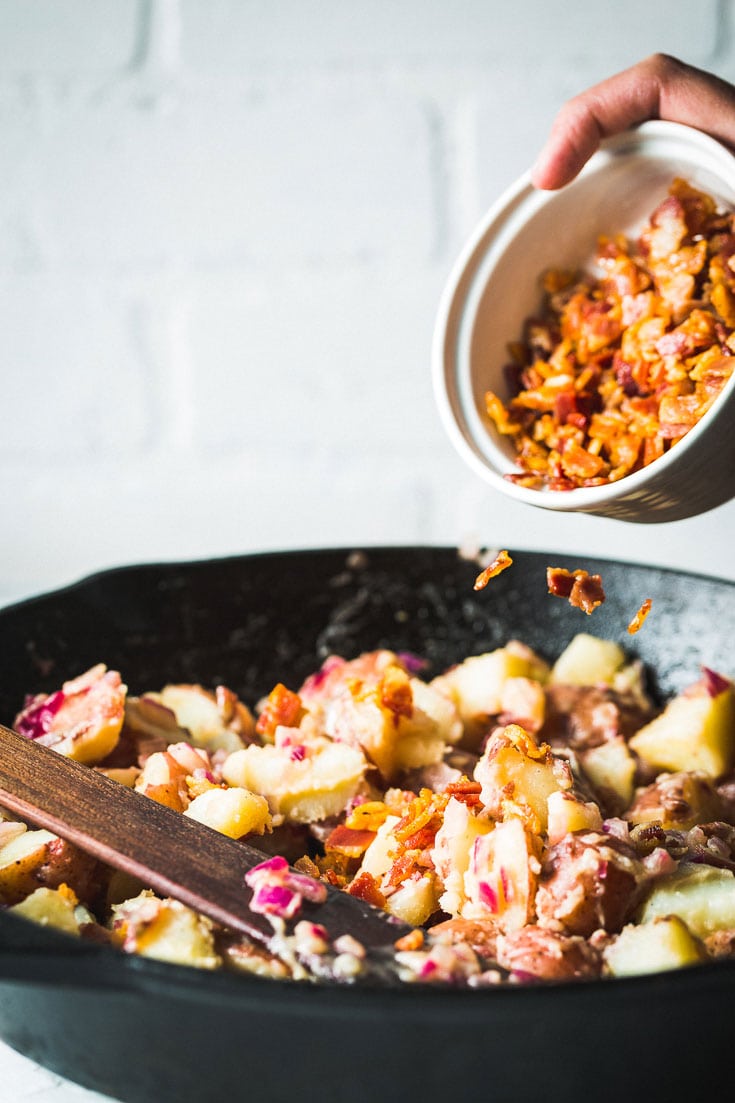 The vinegar is a key ingredient in German potato salad. I generally prefer red wine vinegar, but apple cider vinegar or white vinegar can definitely be used. Taste the potato salad a few times after it is dressed. It might need more vinegar, and don't be afraid to add more. 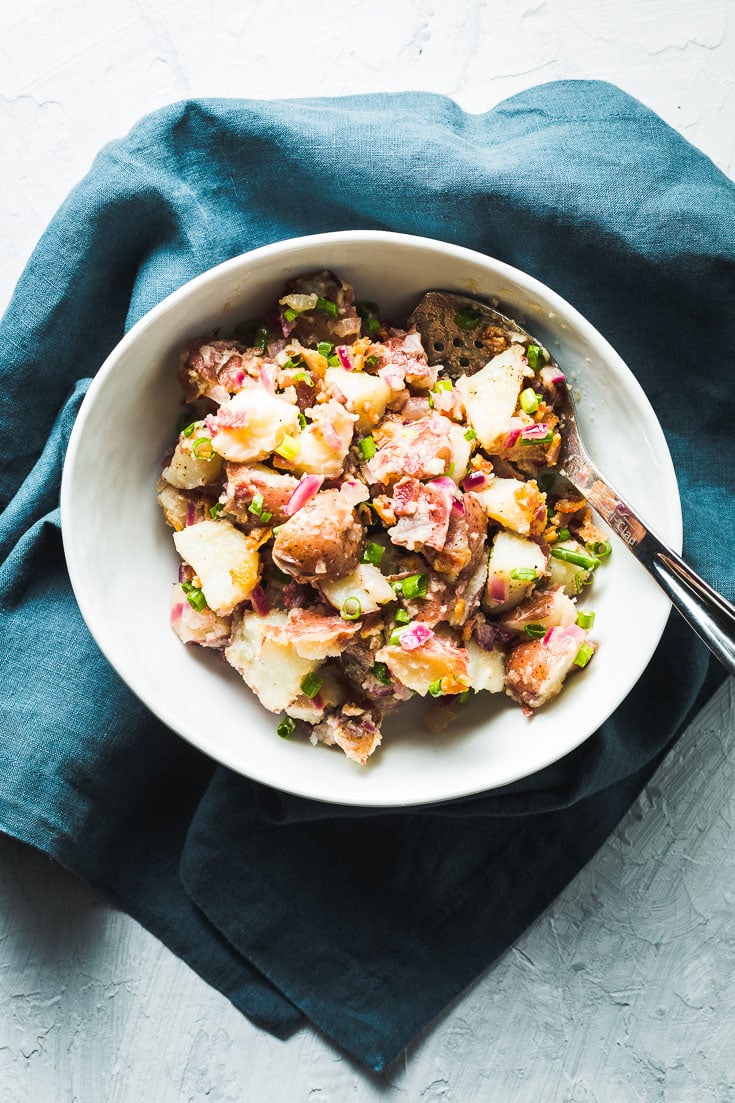 Serve it warm (or cold)

German potato salad is a dish best served warm (IMO of course). I love when it's freshly made. There seem to be a few extra layers of flavor that come through when it is warm. It's also pretty wonderful and transforms a bit the next day after sitting in the refrigerator overnight. The flavors have time to come together even more, and it's totally fine to eat it cold too.

The cold potato salad can easily be warmed up in a microwave for about 30 seconds, depending on the portion size. 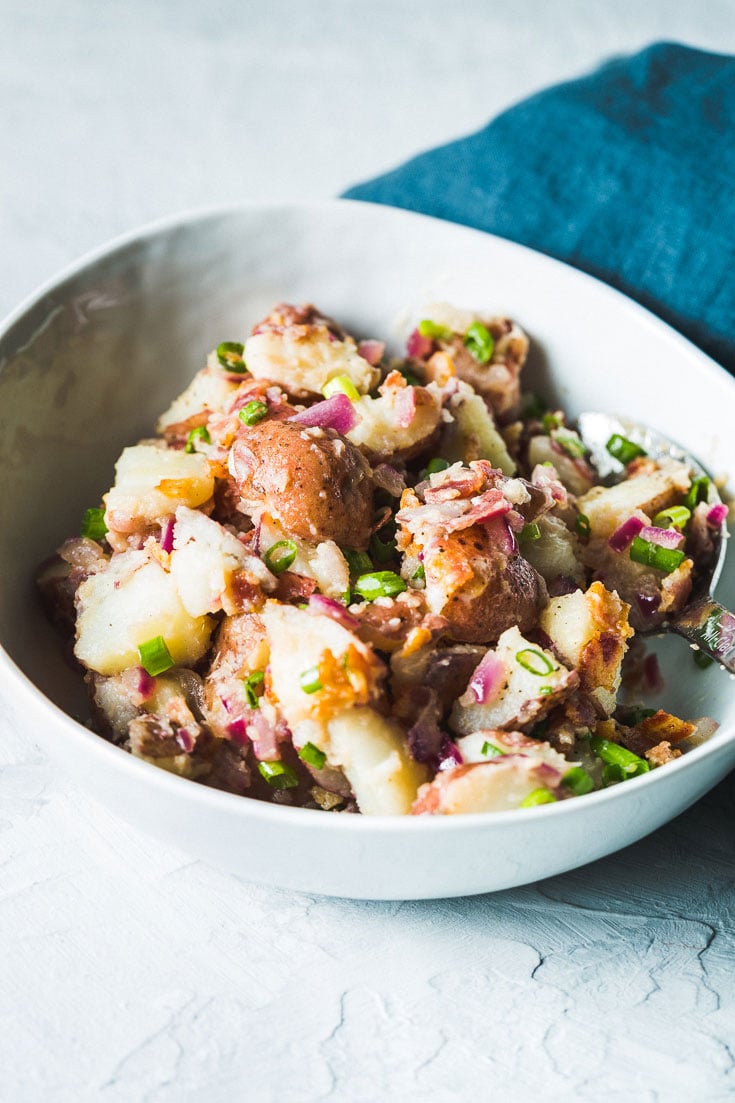 What to serve with German Potato Salad